Michael Moore’s latest movie, “Capitalism: A Love Story,” had its premiere at Lincoln Center. By most accounts, the film — like “Bowling for Columbine” and “Fahrenheit 911” — is destined to be another firestarter.

At the screening, Moore reiterated some of the things he said last week in Toronto, including his assertion that newspapers are essentially “slitting their own throats.” 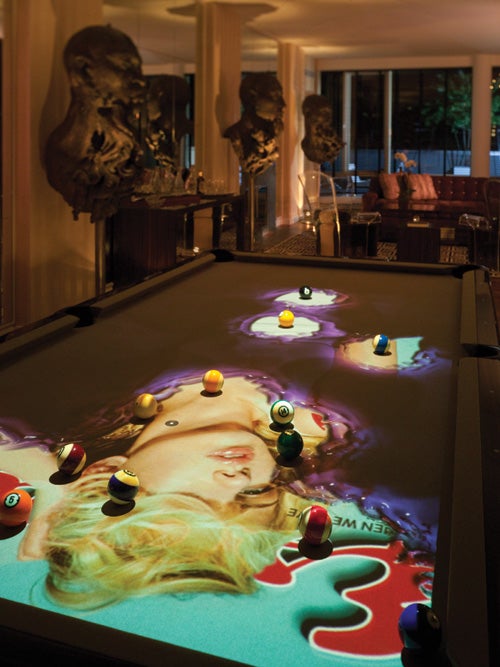 As Michael Corkery, a blogger at the Wall Street Journal, noted, filmgoers picked up their tickets at “Bank of New York Box Office,” milled around the “Morgan Stanley Lobby” with glasses of champagne, and took their seats in the “Citi Balcony” — a scenario that was a bit problematic, considering the point of Moore’s documentary.

But he should’ve seen the after-party.

The event, hosted by Esquire, doubled as the launch of the magazine’s “Ultimate Bachelor Pad,” a fully tricked-out, 11-room, nine-bathroom, 9,200-square-foot signature penthouse in SoHo, filled with flatscreens, sleek, modern furniture and luxury brands — each room meticulously designed around an advertisers’ theme. (The Hugo Boss bedroom! The Heineken lounge! The Lufthansa kitchen!)

As Esquire publisher Kevin O’Malley explains in the Esquire SoHo brochure, part of the reason that the magazine does this every year — alternating between New York and L.A. — is to meet its “advertisers’ growing need to create relevant and innovative new consumer touchpoints for their brands. Our affluent readers share a range of passions: a real desire for the best-of-class products and services that our advertisers represent.” 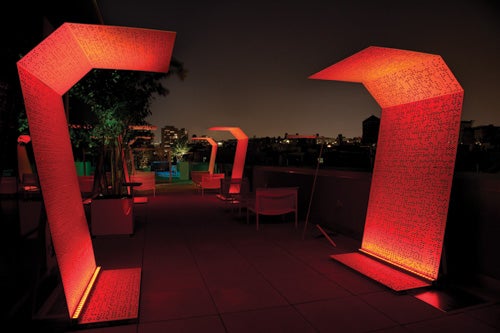 In other words, the pinnacle of capitalism. A fantasy in capital excess. A byproduct of the corporate greed Moore rails against in the film.

By the time Moore arrived, the party was in full swing, with revelers enjoying the 360-degree views of Lower Manhattan on the 3,000-square-foot terrace, top-shelf themed bars, sipping signature cocktails (there was a guy hired to blow dry ice on one pomegranate-and-melon-martini thing) and devouring skewers of filet mignon.

Esquire even hired models to strip down and slip into the obligatory hot tub. 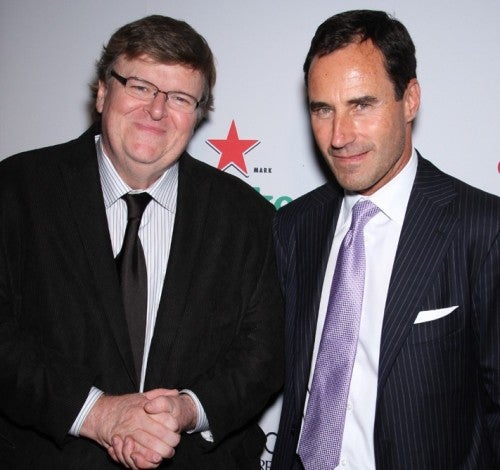 “Yeah, this is ridiculous,” said one of the film’s staffers, sipping a cucumber-and-Cuervo margarita. Yes, kind of like the view.

To be fair, the other part of idea for these themed bachelor pads is to raise money for charity. Now in its seventh iteration, Esquire says it has raised over $7 million for various charities through hosting benefits on behalf of non-profits like Save the Children. (Which is awesome, although it seems like driving a Hummer to a Sierra Club meeting — a quick and easy way to justify the absurd excess of the surroundings.) 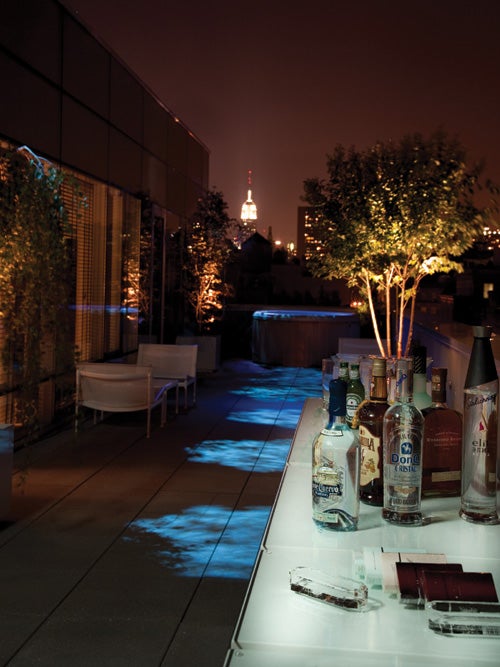 But the juxtaposition of Moore celebrating his anti-capitalism film in a product-pimped penthouse was like a scene out of one of Moore’s films. Completely hypocritical. Totally disingenuous. A classic “gotcha!” moment.

It’s not the only ammo for Moore’s detractors. According to the Los Angeles Times, “Capitalism” is being co-financed by John Malone, “master of the tax-free deal, a champion of unfettered free markets, completely disdains government and most federal regulations and has expressed a fondness for Rush Limbaugh” who was recently “slapped with a $1.4-million fine by the Justice Department for illegal stock purchases.”

It seems that Moore is able to separate the marketing with the message.