A&E’s "Dog the Bounty Hunter" is among shows returning with fresh episodes to liven up those dark winter months.

"Dog" returns Wednesday, Dec. 2, at 9 p.m. with a one-hour special sixth-season premiere that is also the 150th episode of the show.

Duane "Dog" Chapman is again tracking fugitives, with wife Beth and their family-based posse. This particular hunt revives painful memories, coming as it does on the anniversary of Dog’s daughter Barbara Katie’s fatal car accident. 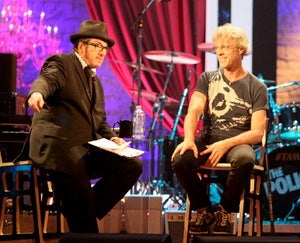 Elsewhere, Sundance Channel brings back "Spectacle: Elvis Costello With…" for its second season at 10 p.m. on Wednesday, Dec. 9, with an episode featuring U2’s Bono and the Edge.

Over at TNT, original series "Leverage" will return with new episodes Wednesday, Jan. 13, at 10 p.m.

The cable network will run the six episodes it has left from the show’s second season, and then start airing its third season next summer. 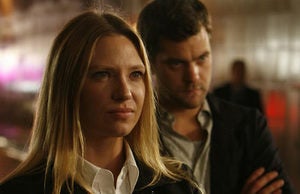 Finally, the Futon Critic is reporting that Fox will give "Fringe" a seven-week hiatus when its midseason schedule rolls out next year. Exact dates are being finalized, but the break is expected to begin Feb. 11.

In place of "Fringe," Fox plans to launch the midseason drama "Past Life." That show is expected to start airing Thursday, Feb. 11, with back-to-back episodes, with the remaining episodes to air Thursdays at 9 p.m.

"Fringe" then would return April 1 with the remaining seven episodes of its second season, according to Futon Critic, with the goal of ensuring the series will run repeat-free in 2010.