More women directed the top 250 highest-grossing domestic films in 2017 compared to the year before, according to a new study, but the increased figure is a far cry from marked progress.

Women directors made up just 11 percent of directors last year, representing an increase of four percentage points from 2016, according to “The Celluloid Ceiling,” an annual study sponsored by the Center for the Study of Women in Television and Film at San Diego State University.

When it comes to industry-wide data, women made up just 18 percent of all directors, writers, producers, executive producers, editors and cinematographers of the top 250 films of the year, representing an increase of just one percentage point from 2016. These 2017 figures are virtually the same as they were in 1998 (17 percent) — showing a lack of opportunity for women in top films has persisted for at least 20 years.

“The film industry has utterly failed to address the continuing under-employment of women behind the scenes,” said Dr. Martha Lauzen, executive director of the Center for the Study of Women in Television and Film. “This negligence has produced a toxic culture that supported the recent sexual harassment scandals and truncates so many women’s careers.”

Just 1 percent of 2017’s top 250 films employed 10 or more women in the above-mentioned roles, while 70 percent of films employed 10 or more men, the data showed. Women fared best as producers (25 percent), executive producers (19 percent) and editors (16 percent). Gender parity is the most imbalanced when it comes to cinematographers — of whom women have teetered between 2 and 5 percent over the past two decades (see chart below).  Women writers represented 11 percent working on the top 250 domestic grossing films of 2017. 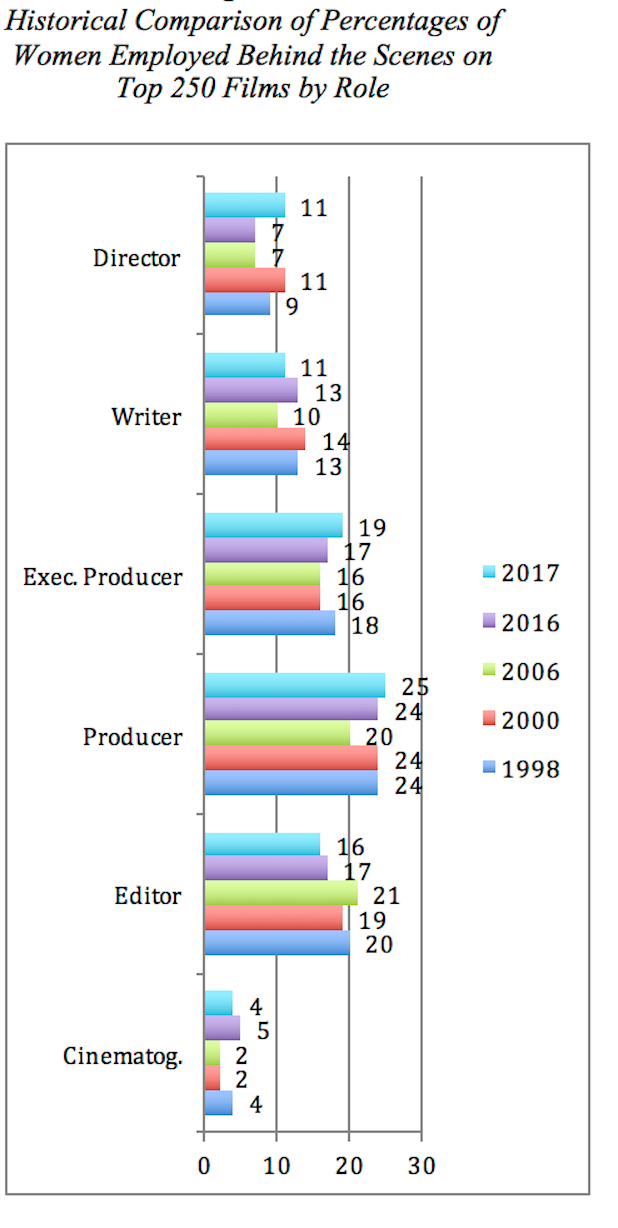 The study comes as Hollywood has been plagued with sexual misconduct accusations, and in response, stars came together at Sunday’s Golden Globes by wearing head-to-toe black to protest sexual harassment, abuse and gender inequality. 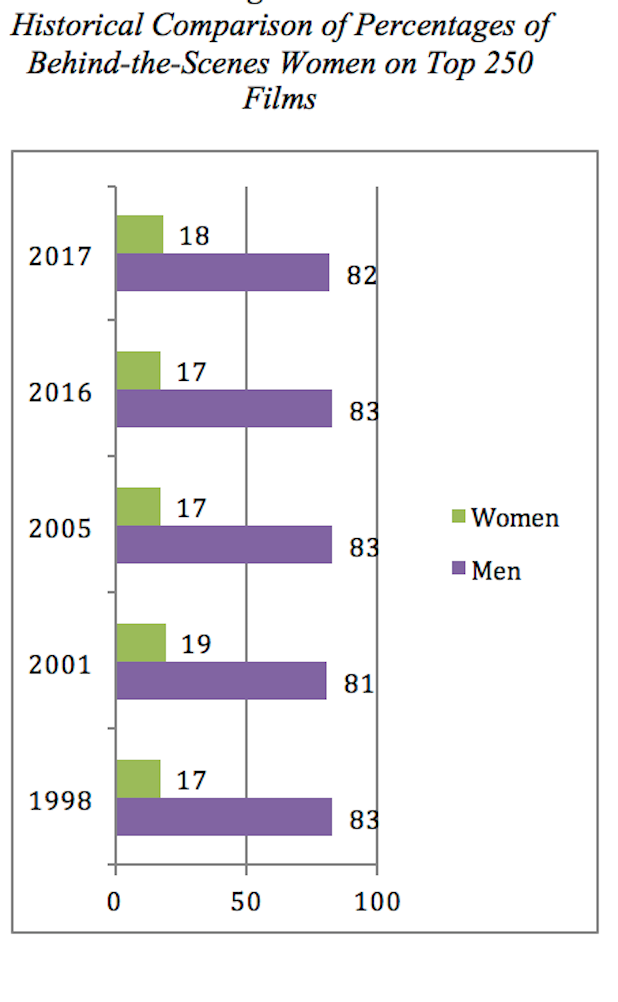 The Celluloid Ceiling is the longest-running and most comprehensive study of women’s behind-the-scenes employment in film available. The study also analyzes women’s involvement in the top 500 films, which this year showed that woman directors employ higher percentages of women in other behind-the-scenes roles.