Morgan Freeman, Al Pacino, Helen Mirren and Danny DeVito will star together in the next film from director Taylor Hackford, a film noir called “Sniff.”

Hackford (“Ray”) will direct “Sniff” from a script by Tom Grey, and the film is described as a stylish reinvention of the film noir about a series of deaths at a retirement community.

Endeavor Content is launching worldwide sales of the film at the Toronto International Film Festival beginning this week, and CAA Media Finance is co-representing the film’s U.S. sales rights.

In “Sniff,” when two residents at a retirement community die under suspicious circumstances, retired detective Joe Mulwray (Freeman) is pulled back into the action by his former partner William Keys (DeVito) as they uncover a hidden underworld of sex, drugs and murder in the high-end, luxury retirement community controlled by kingpin Harvey Stride (Pacino) and his femme fatale enforcer The Spider (Mirren).

Adam Goodman and Matt Skiena will produce through their Dichotomy Creative Group, along with Hackford through his Anvil Films production shingle. Grey is also executive producing.

Hackford’s last film was “The Comedian” from 2016, which starred Robert DeNiro and also paired him with DeVito. 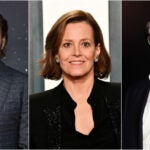