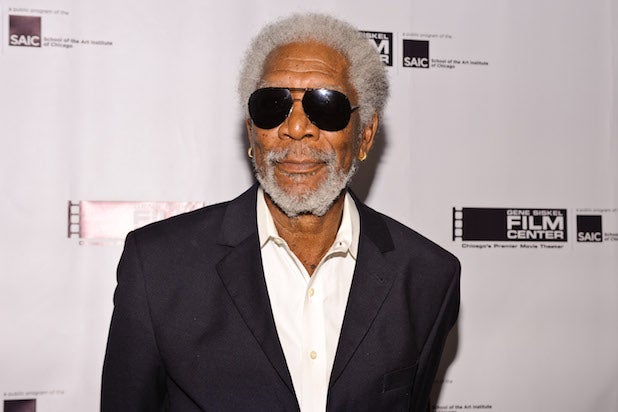 Despite Morgan Freeman’s claims that CNN committed “journalistic malpractice” and defamed him with a May 24 story in which eight women accused the actor of inappropriate behavior, the Oscar-winning star may not have much of a legal case.

While Freeman’s lawyers on Tuesday demanded a retraction, legal experts told TheWrap that the actor would face an uphill battle pursuing the matter in court.

“A public figure like a movie star is going to have an especially difficult time because they have to prove a high level of recklessness in doing this story,” Frank LoMonte, a media law professor at the University of Florida and director of the Brechner Center for Freedom of Information, told TheWrap. “They’re almost going to have to prove it was a purposeful hit job.”

He explained that First Amendment protections have led to a “purposefully high bar” for public figures to win defamation cases. “The Supreme Court has made it intentionally hard for an internationally famous person to recover damages from a media organization,” he said.

Robert Precht, the founder of Justice Labs and a former Assistant Dean of the University of Michigan Las School, said that CNN had a daunting history of legal precedent on its side — even if it could prove that the women’s accounts of misconduct were untrue.

“I don’t think [Freeman] has a case,” Precht told TheWrap. “A long line of cases say it’s not enough to show CNN’s [story was] false. It must be shown that CNN made them with malicious intent in reckless disregard of the truth.”

Precht pointed to the landmark 1964 decision in New York Times Co. v. Sullivan, which codified the “actual malice” standard, requiring plaintiffs to prove that media companies had published false information with a willful intent to harm.

“Most juries would find that CNN tried to corroborate its claims before publishing them, effectively absolving the organization of any charge that it acted recklessly,” said Precht. “The lawyer’s letter is an exercise in damage control, not sound legal argument.”

CNN has completely stood by its reporters, Chloe Melas and An Phung, telling TheWrap shortly after publication that the effort was “investigative journalism at its finest.” In response to Freeman’s legal warnings, the network added, “CNN stands by its reporting and will respond forcefully to any attempt by Mr. Freeman or his representatives to intimidate us from covering this important public issue.”

And Freeman, while denying that he had ever committed assault or offered “employment or advancement in exchange for sex,” did issue an apology last week “to anyone who felt uncomfortable or disrespected — that was never my intent.”

CNN’s Freeman story was admittedly unorthodox, since Melas served as both co-author and one of Freeman’s accusers (and one of only two identified by name).

“Journalists don’t often report on stories where they have personal involvement,” Bill Grueskin, a former Wall Street Journal managing editor and current Columbia journalism professor, told TheWrap last week. “CNN could have had Melas write a first-person account of her interaction with Freeman, and then a colleague could have reported out allegations involving other women.”