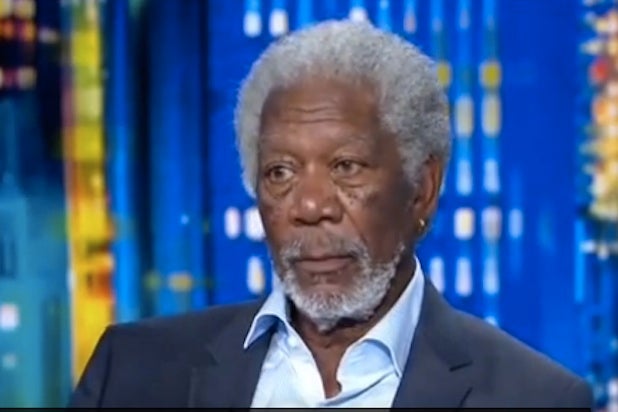 Morgan Freeman told CNN’s Don Lemon he doesn’t think race still plays a role in income inequality, and that people shouldn’t make it “a bigger issue than it needs to be.”

“Do you think that race plays a part in wealth distribution?” Lemon asked the “Through the Wormhole” star in an interview Tuesday.

“Why would race have anything to do with it?” he said. “Put your mind to what you want to do and go for that. It’s kind of like religion to me, it’s a good excuse for not getting there.”

Lemon said he finds himself talking about race almost daily, “because it’s in the news cycle.”

“If you talk about it, it exists,” Freeman said. “It’s not like it exists and we refuse to talk about it. Making it a bigger issue than it needs to be is the problem here.”