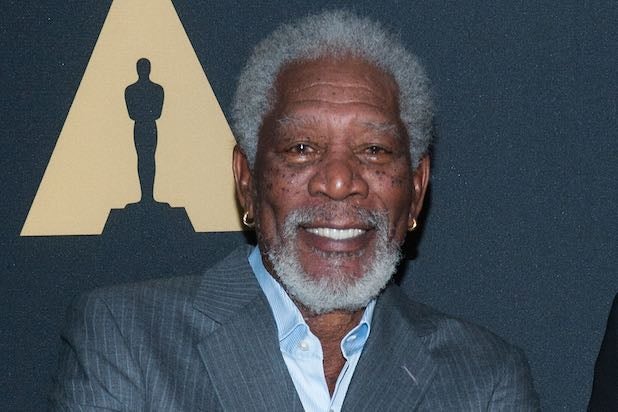 Morgan Freeman thinks marijuana should be legalized “across the board,” and is very candid about his own use of the drug: “I’ll eat it, drink it, smoke it, snort it!”

The veteran actor, who stars alongside Diane Keaton in his latest film “5 Flights Up,” opened up about his position on marijuana in a Daily Beast interview that started getting noticed on Monday.

“My first wife got me into it many years ago. How do I take it? However it comes! I’ll eat it, drink it, smoke it, snort it! This movement is really a long time coming, and it’s getting legs — longer legs,” Freeman said. “Now, the thrust is understanding that alcohol has no real medicinal use. Maybe if you have one drink it’ll quiet you down, but two or three and you’re f–ked.”

“Legalize it across the board,” Freeman said when listing marijuana’s proven health benefits.

“Marijuana has many useful uses. I have fibromyalgia pain in this arm, and the only thing that offers any relief is marijuana,” Freeman said. “They’re talking about kids who have grand mal seizures, and they’ve discovered that marijuana eases that down to where these children can have a life.”

Freeman’s personal pain stems form a car accident in Mississippi seven years ago when his left shoulder, arm and elbow were shattered. Despite efforts from doctors to repair the nerves in his arm, he still hasn’t regained the full use of his left hand and wears a yellow compression glove to prevent blood from pooling.

So far, 23 states and Washington, D.C. have laws legalizing the drug in some form. Alaska, Oregon, Washington and Colorado are the only four states that support recreational use of marijuana, while District of Columbia residents voted last February to approve a measure that legalizes possession of a small amount of the drug.