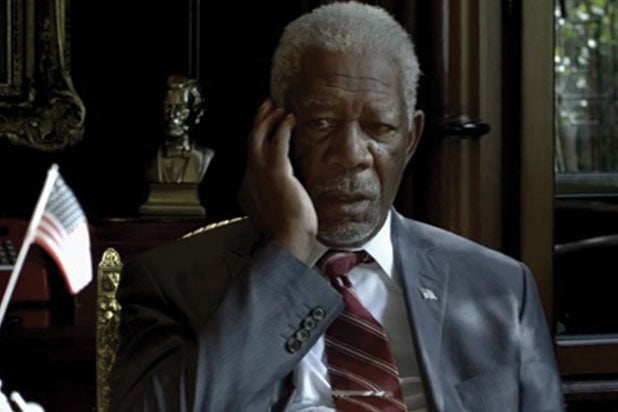 According to The Telegraph, while the film didn’t open wide, it only grossed £46 although it had a £20 million ($30 million) production budget. The film opened in only 10 cinemas across the country, roughly grossing £4.60 ($6.90) per cinema. However, two theaters didn’t sell any tickets at all.

The film was also simultaneously released as a digital download, which, according to the publication, may have affected its performance.

Freeman plays a corrupt U.S. senator in the film that is set in South Africa and also stars former Bond girl Olga Kurylenko and James Purefoy. The film is about a diamond heist that goes terribly wrong.

Currently, “Momentum” claims a score of 26 percent on Rotten Tomatoes. Though British moviegoers didn’t seem inclined to go see the movie in theaters, the film hasn’t been doing so poorly at the other foreign box offices. According to Box Office Mojo, it made $256,000 in Russia in July, and $275,000 in the United Arab Emirates in October.