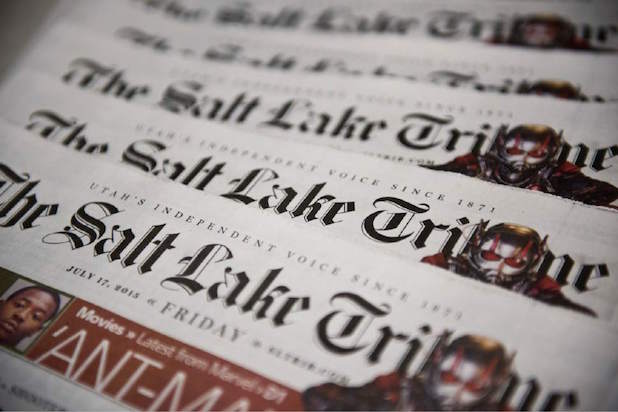 The Church of Latter-day Saints has given its blessing to a sale of the Salt Lake Tribune’s to Paul Huntsman, the brother of the former Utah governor and Republican presidential candidate Jon Huntsman.

After three years of uncertainty, the paper announced Thursday that the Huntsman family is buying Utah’s largest daily newspaper. Digital First Media, which owns The Tribune, confirmed it has entered into a purchase agreement but terms have not been disclosed.

“It is important that The Salt Lake Tribune continues in its indispensable role for our community and to be locally owned,” Huntsman, the son of wealthy industrialist Jon Huntsman Sr.,  said in a statement to the paper. “We hope to ensure The Tribune’s independent voice for future generations and are thrilled to own a business of this quality and stature.”

The paper reported that a source claims the transaction is contingent on the end of a federal lawsuit and an antitrust probe targeting The Tribune’s partnership with the Deseret News.

“The Salt Lake Tribune will be in the hands of strong local management,” Digital First Media CEO Steve Rossi said. “We wish Paul Huntsman, the Huntsman family and our partners at the Deseret News the best.”

The Deseret News is owned by the Church of Latter-day Saints and that relationship that has reportedly delayed previous sale talks, but everything is apparently OK this time around.

In a brief statement, a spokesperson for the Mormon church said that “while The Church of Jesus Christ of Latter-day Saints has not participated in negotiations relating to a sale of The Salt Lake Tribune by Digital First Media, we wish both the Deseret News and The Tribune the best as they move forward.”

The future management direction of the paper is not clear at this time.