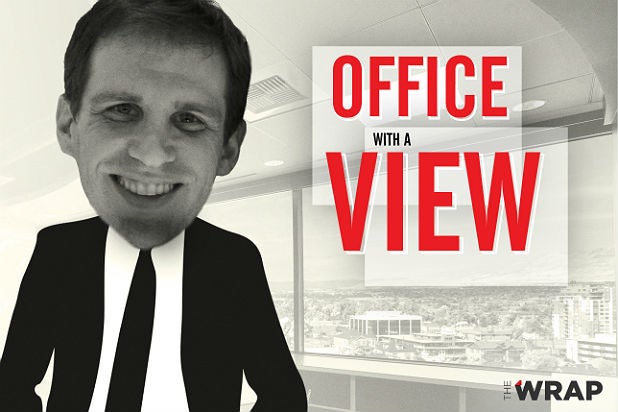 “Joe and Mika are unbelievably hands on, while at the very same time very hands off,” Korson told TheWrap in a wide-ranging interview. “There’s not a lot of big time, heady planning meetings around here; there’s no suggested questions during the show.”

The free-flowing, non-combative relationship between Korson and the stars of the show effects a natural, organic atmosphere, Korson says. “They have the confidence to know we’re going to set up a show they’re going to like.”

Korson talked to TheWrap about the show’s format, critics and more in a year-end interview.

What do you credit for the show’s influence?
Number one is Joe and Mika. Joe, his time on the Hill — [politicians] know they’re talking to someone who understands their world. And Mika, with her family, growing up in Washington, I think that draws a lot of people too. I don’t think a lot of elected officials are going to come to other networks because of the hosts, but I think our[s] in particular draw them in.

Also, it’s a matter of who they’re (politicians) going to reach. There’s no other place to go, not only to get their message out on-air, but online; what’s written about our segments throughout the day, the moments that we create keep living on. We’re the only show on in the Senate gym, so if (New York Senator) Chuck Schumer wants to get out there and give a little nudge to [South Dakota Senator John] Thune on something, he’s going to come on our show.

Does that fuel criticism of “Morning Joe’s” chumminess with politicians?
The atmosphere might be very chummy — and we make no apologies for that — but the questions are never too chummy. I think Tim Russert taught Joe this: if you have somebody over for dinner, you’re not going to welcome them in, put their coat up, and then start grilling them on the issues of the day. You’re going to ask how they’re doing, have a cup of coffee…then, a couple minutes in, you start working up to, “Are you going to run for president?” That’s probably the way to get the hardest interview and the most information out there. That’s how normal people interact. Unfortunately, it’s not always how people interact on cable news. I would disagree with anybody who says we give people a free pass.

Where does that place “Morning Joe” on the ideological spectrum?
I would describe our show as fiercely independent. Joe is a straight shooter. He calls balls and strikes. He’ll give it to the Republicans just as much as he does Democrats. Look at 2012; he was very critical of his own party. Mika can be critical of the White House at times when she’s frustrated with them, and she’s critical of Republicans when they don’t pass the minimum wage. That’s just who they are.

I think Washington dysfunction is driving the way (in ratings decline), particularly for shows that focus on that. I think, collectively, America is like, “Throw the bums out, we don’t want to hear it.” That’s a challenge for any show that’s politically focused: how to cut through that frustration and find the story lines and characters that are still important.

How do you avoid a rinse-and-repeat policy when booking those characters?
Go down the list — we [book] the top people in each field. As a result, you’re going to have some repetition; some of the most successful shows on cable are predicated on repetition. That said, we do want and look for opportunities to increase our voices at the table. I think we’ve done a good job of that in the last few months. We value original reporting, and we don’t want generalists who are just going to say, ‘what do you think’ and be cable news talking heads — we don’t do that. People are weighing in on conversations all the time that they might not have a Ph.D. in, but that’s the nature of a breakfast roundtable. You don’t see the same kind of guests we get on other morning shows — that’s the one thing I’m fiercely proud of: the kind of guests that we get.

There’s a lot of metrics that I point to for success. I’d put our staff up against any staff on TV, anywhere, anytime, in any decade, ever. We burn the candle on both ends, we produce three-and-a-half hours of television (“Way Too Early” included) and we have the smallest staff of all the morning news shows. I am unbelievably proud of what we do. It’s almost irresponsible, the amount of television we produce.