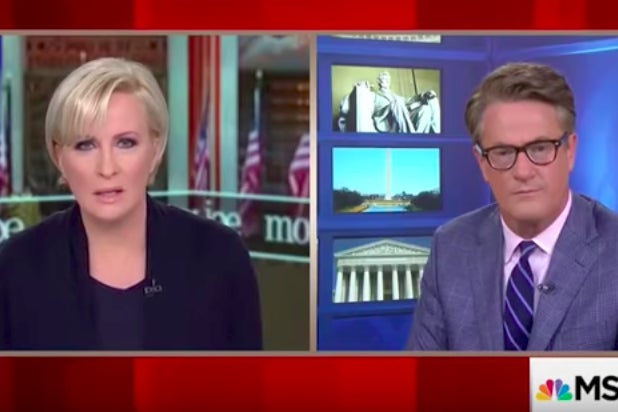 Mika Brzezinski took viewers back to their SAT days on Thursday — sorry if this post brings back high school nightmares.

“What Bill Clinton did to the issue of sex to an entire generation, I believe this president is doing on issues of decency, on issues of conspiracy theories, on issues of fake news,” the MSNBC co-host said this morning. “I think it’s that simple and we’re desensitized if we even argue it.”

Her fellow anchor and new fiancee, Joe Scarborough, knew better to not even touch that one. We’re going to have to consult our junior year Language Arts teacher to see if it even makes sense.