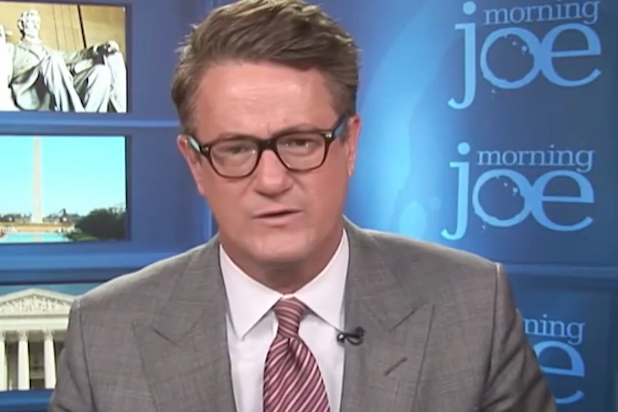 “I don’t think it’s a coincidence that this came the day after Donald Trump got his best press coverage ever,” Scarborough said. “That’s the way Washington works.”

He continued: “You hold something, then you leak it.”

The Washington Post was the first to report that one of the meetings was a private conversation between Sessions and Kislyak, which took place in the senator’s office last September.

Scarborough doesn’t downplay the significance of the report and said what Sessions did is worse than actions by former Attorney General Loretta Lynch.

The report has resulted in prominent Democrats calling for Sessions to step down.

“I never met with any Russian officials to discuss issues of the campaign. I have no idea what this allegation is about. It is false,” Sessions said in a statement Wednesday night.

Scarborough went onto ponder why so many members of Trump’s team continue to lie about Russia. “People looking back ten years from now are gonna go, ‘OK, just how dumb were these people?'”