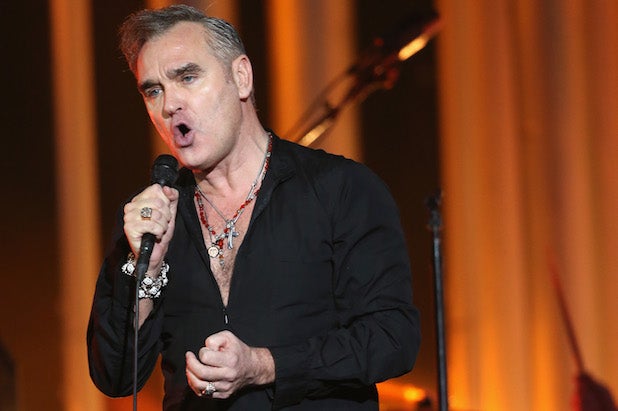 Morrissey may have ended his tour early, but he’s still providing some entertainment for fans and morbidly curious onlookers.

The original emo king cut short his jaunt around America following his collapse after a June 7th show in Boston. He broke the news to his fans on Facebook on Tuesday, and then later that night, the semi-official Fanzine of the Moz, True to You, went out and claimed that opening act Kristeen Young had exposed Morrissey to the germs that infiltrated his system and ultimately felled him.

Also read: Morrissey Is Writing a Second Book: ‘I’m Midway Through My Novel’

“Difficulties had arisen on May 31st following Kristeen Young’s opening set at the Miami Knight Concert Hall, after which Kristeen confessed to ‘a horrendous cold,’ the symptoms of which were passed on to Morrissey resulting in the cancellation of the next show in Atlanta,” the site explained. “For the good of all, Kristeen was asked to step down from the immediate upcoming shows, but instead she decided to leave the tour entirely. Morrissey and the band wish her well and hope she is now in good health.”

Young was baffled by the accusation, writing on Facebook (in a post since deleted) that she simply had an allergy attack and did not get Morrissey — whom she has known and been praised by in the past — to blame his cancellation on her non-existent germs.

“I am very sorry that Morrissey is not feeling well,” Young said. “But I will not tolerate these lies….particularly about my health. This is really too much and bizarre.”