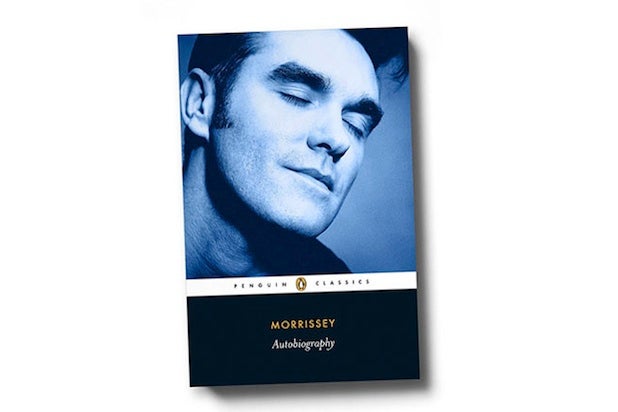 Morrissey is already working on his second book just a few months after the release of his memoir, “Autobiography.”

“In 2013, I published my ‘Autobiography’ and it has been more successful than any record I have ever released, so, yes, I am midway through my novel,” he told fansite, true-to-you.net.

The singer goes on to explain his new penchant for writing books and the current state of fame.

“The actuality is that radio stations will not play my music, and the majority of people have lost faith in the music industry,” Morrissey said.  “And it’s generally assumed — quite rightly — that the No. 1 chart positions are ‘bought’ by the major labels, so there really is no passion left in pop or rock music, and I don’t think people believe for an instant that the faces we constantly see on television and in magazines are remotely popular. It’s all, now, solely a question of marketing.”

Released in October through Penguin Books, “Autobiography” became the No. 1 selling book in the UK in its first week. Reviews were mixed on the book, which took the singer at least nine years to complete.

Morrissey hasn’t totally turned his back on music, though. He also said that he’s “about to record” a new album, though he didn’t specify when he’s returning to the studio.