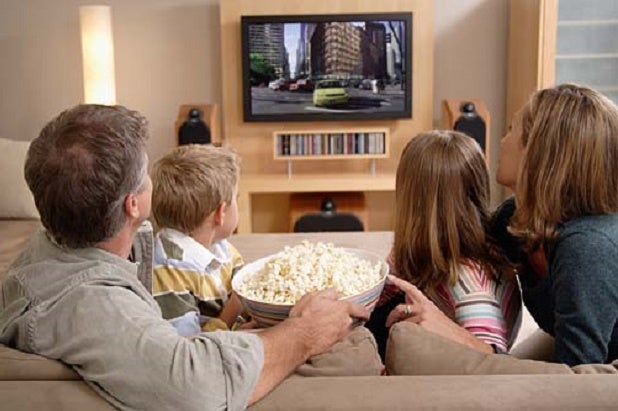 The vast majority of moviegoers would be willing to pay an additional $10-$20 to watch a newly released film in their home instead of a theater, a survey released Tuesday suggests.

An eye-popping 82 percent of the more than 1,000 respondents in a broad PwC survey of film fans called “Summer 2014 Movie Going Declines a Blip on the Radar?” said that they’d be willing to ante up extra cash to see a first-run movie at home.

The study, part of PwC’s Consumer Intelligence Series, explores the reasons behind the box office skid last summer, which finished more than 16 percent down from 2013’s record-breaking haul, and whether the trend will continue this year. It concludes — spoiler alert — that this summer’s box office will be just fine in what many believe will be the biggest year ever at the movies.

Among the other findings of the survey:

Wallet fatigue: The biggest beef of moviegoers was the rising cost of tickets. When asked why they were going to the movies less often, 53 percent said it was the cost. Lack of interest in the movies (41 percent), the desire to watch on their own schedule (30 percent), better recreational options (29 percent) and waiting for VOD (24 percent) were among the other reasons. For the record, the average ticket price last year was $8.12, down a penny from 2013.

Action, laughs and thrills: A film’s genre was the main factor when moviegoers decided what film to see. Action/adventure films (64 percent) were the most popular, followed closely by comedies (56 percent). Viewership for dramas (38 percent) and thrillers (36 percent) is higher among 50-59 year-olds, while horror films (15 percent) resonate significantly more with 18-24 year olds than with those 35 years of age or older.

Forget the glasses: The chance to see a movie in 3D was the least-cited (14 percent) reason for going out to a theater. The type or genre of the film was the biggest incentive for 75 percent, followed by the desire for a night out (43 percent), the value as compared with other recreational options (29 percent), the reviews (21 percent) or the desire to be the first to see a new movie (17 percent).

Word of mouth matters: A friend’s recommendation provided the biggest incentive to go to a movie for 35 percent of the respondents, followed by advertising (26 percent), reviews by critics (24 percent) and an upgraded theater experience (18 percent).

Special offers appeal: 53 percent – the same number as those who cited high prices as the biggest deterrent to going – said last-minute cheap seat offers would bring them in. Other reasons they’d be more apt to go were the ability to buy digital copies of the film (22 percent), special “super fan” viewing offers (21 percent), reserved seating (15 percent) and the ability to buy the soundtrack or other promo items (10 percent). But 18 percent said nothing would change their minds.

All you can watch: The vast majority of adults (87 percent) would be interested in a subscription plan that would let them watch an unlimited number of films for $20 a month. Adults ages 35-59 years old are interested but want to learn more about it before they commit, as are infrequent and occasional movie goers. Younger adults and frequent moviegoers are very committed to this idea, since they’d likely benefit the most.