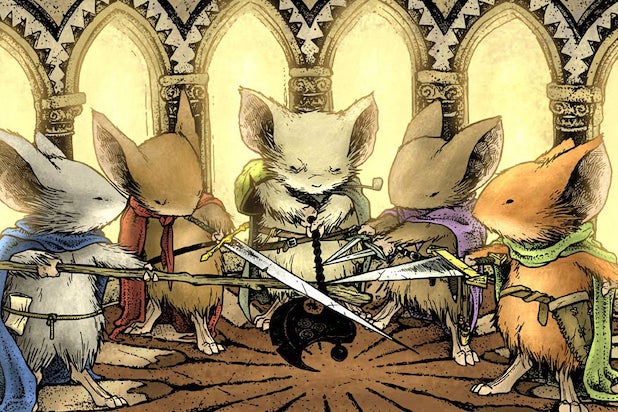 Disney has halted production on “Mouse Guard,” a motion capture film originally set up at 20th Century Fox ahead of the Disney and Fox merger, just two weeks before the film was set to begin production, an individual with knowledge of the project told TheWrap.

Idris Elba, Andy Serkis, Sonoya Mizuno, Thomas Brodie-Sangster and Jack Whitehall are all attached to the project based on the comic book series written and illustrated by David Petersen.

The producers, including director Wes Ball, Joe Hartwick Jr., Matt Reeves, Stephen Christy and Ross Richie, have been allowed to shop “Mouse Guard” to other studios.

The “Mouse Guard” stories are set in a world of sentient mice living in the medieval era in which a brotherhood are sworn to protect their brethren. The project is meant to be a motion capture film, with Mizuno attached to play the lead role.

While it’s unclear exactly why the project was scrapped at Disney, the heavily-CGI “Mouse Guard” has a budget of $170 million and veers closely to the technology incorporated in something like Disney’s live-action remake of “The Lion King.”

Some other Fox titles, including “Death on the Nile,” are still moving forward at Disney, though Disney recently shuttered the Fox 2000 arm of the company.

News of “Mouse Guard’s” halting was first reported by Deadline.