Director Kathryn Bigelow and writer Mark Boal brought their film “The Hurt Locker” to theWrap Screening Series on December 10 – and in the flood of critics awards and nominations that began the following day, their Iraq War drama won more awards than any other film.

Well, yes, of course. But still, no film emerged from a busy week in stronger position than “The Hurt Locker,” which won seven “best film” awards from critics groups, made the AFI top films list, and won a Best Motion Picture – Drama nomination at the Golden Globes and an ensemble nomination from the Screen Actors Guild. 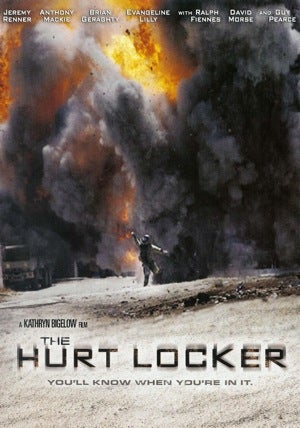 And Bigelow herself did even better, winning the best director designation from 10 of the 16 critics groups to announce winners. She’s now the choice to win Best Director by 12 of the 15 Oscar pundits who vote in the Gurus of Gold poll at Movie City News (including yours truly).

Plus, no less a voice of authority than Robert Duvall went on record as saying that the film might be the best movie he’d seen in a decade.

For a film that was released back on June, the showing was exactly what was needed to make “The Hurt Locker” a must-see for Oscar voters.  Bigelow’s movie, a gritty look at the men who find and dispose of bombs in Iraq, is so immediate and engrossing that it’s never had a problem winning over viewers — instead, the key is to get voters to see it when the subject matter might seem too grim, or after the film faded from memory as more glamorous recent releases came out and monopolized the chatter.

The past week made it clear: if you’re an Oscar voter and you haven’t seen "The Hurt Locker," you haven’t done your job.

Other films, from "Inglourious Basterds" to "Up in the Air" to "Fantastic Mr. Fox," also had extremely good showings through the past seven days of awards and nominations.  But for doing what it had to do, and doing it so convincingly, "The Hurt Locker" gets our nod as the Odds’ movie of the week.