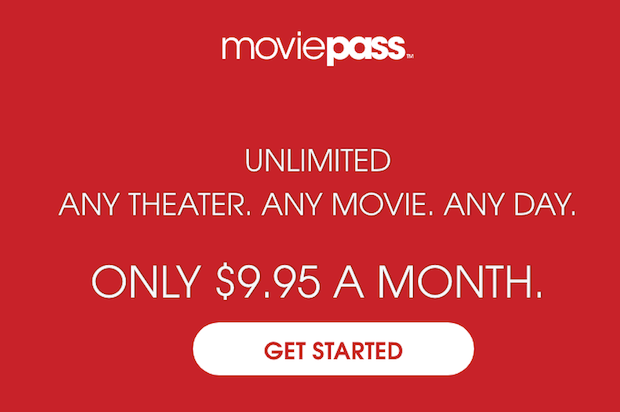 MoviePass announced the return of their ticket-per-day subscription package Wednesday, just a few weeks after removing the option for a cheaper deal that offered an iHeartRadio subscription and one ticket per week.

At CinemaCon last week, MoviePass execs told TheWrap that the iHeartRadio bundle deal that was introduced on April 13 would only be for a limited time, but would not say when the original $9.95/month plan that allowed subscribers to use the service more than once a week would be brought back. Now the original plan, which is now called “MoviePass Unlimited,” has returned to the service’s site alongside the iHeartRadio bundle package, which is now priced at $7.95/month.

The return of the deal also comes after MoviePass added a new rule this past Friday preventing subscribers from using the service for repeat viewings of a film.

“This falls within our continued effort to limit fraud on our app and has been effective in doing so in the past,” MoviePass said in a statement explaining the rule change. The site’s terms of service says the company “reserves the right to change from time to time the number of eligible movies a member can see per month.”

The statement also says that MoviePass is planning different options for future subscription plans based on the viewing patterns of their current subscribers.

MoviePass was a topic of discussion during the press conference with NATO president John Fithian at CinemaCon last week. While Fithian said he would only comment about subscription plans in general and not MoviePass specifically, some of the concerns he said NATO was keeping an eye regarding subscription plans echoed complaints that AMC voiced about MoviePass’ plan, particularly the service’s long-term sustainability.

Also Read: Can MoviePass Afford to Survive the Blockbuster-Loaded Summer?

“If a plan goes under, you have millions and millions of subscribers who are disappointed, and they come and complain to us,” Fithian said. MoviePass typically pays the full price for every ticket purchased by subscribers through the app, meaning that the company stands to lose millions every month. MoviePass execs say the company plans to make money through deals with theater chains for a piece of concessions sales, as well as marketing and co-distribution deals with smaller studios.

“The fact that people are getting on board so fast shows that we’ve hit on something,” MoviePass CEO Mitch Lowe told TheWrap, “And of course when something moves so fast, it’s going to be uncomfortable for a lot of people in the industry.”