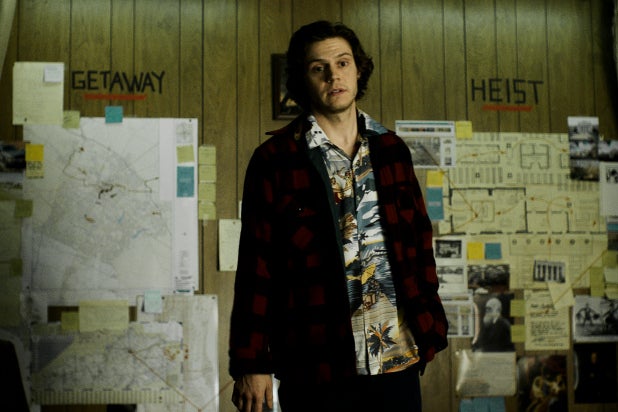 MoviePass has heard criticism for months that its movie-ticket subscription plan isn’t workable. But that hasn’t stopped it from trying something that might be even harder: getting millennials to go to movie theaters to see indie films.

The company’s first big test is the new heist film “American Animals,” debuting this weekend. MoviePass charges $9.95 a month for unlimited movies, and thinks it has hit the right formula to get millennials into art house theaters where Gen Xers and Baby Boomers regularly fill the seats.

MoviePass has boasted that younger subscribers are more willing to try out more films that are off the beaten path because they’re paying a flat monthly rate for a ticket per day. Now they want to see how far they’re willing to take that experimentation.

It has announced that it will create a new studio, MoviePass films, with the newly-acquired film library and release slate of Emmett Furla Oasis Films. MoviePass doesn’t just want to sell tickets for movies at $9.95 a month: It wants to produce and distribute films as well.

MoviePass also snatched up the rights to “American Animals” at the Sundance Film Festival five months ago, buying it for $3 million in a partnership with Sony subsidiary The Orchard. Both companies believe the film has plenty of appeal to millennials: First, there’s “X-Men” veteran and Ryan Murphy darling Evan Peters in the lead, and he’s playing one of two brothers who hatch a harebrained scheme to steal priceless books from the Transylvania University library.

As you may have guessed, a company trying to make a $9.95-a-month unlimited movies plan profitable is a little obsessed with math. Its majority owner, Helios & Matheson, is an analytics company, and MoviePass has said its business plan includes not just selling tickets, but using analytics to track what films its users are seeing, so studios can market them more directly.

MoviePass got pretty data-driven to determine the Sundance hit was a good buy at $3 million. It partnered with Sony subsidiary The Orchard to buy the rights to Bart Layton’s drama.

“There’s a heist element that can appeal to the college students in our subscriber base and the art house status that appeals to our older subscribers,” Lowe explained. “To connect with that subscriber base, we’re being a little more analytical, looking at our system’s data to find which moviegoers might go to that film and enjoy it.”

If MoviePass can crack the code, it will be the envy of indie distributors, which sometimes struggle to get people with no gray hairs into theaters.

“The entire industry needs to be more efficient in marketing these smaller films. They get made and then people can’t figure out how to get the word out about it,” he says.

Paul Davidson, The Orchard’s executive vice president for film and TV, said MoviePass’s unlimited viewing option “has allowed moviegoers to try these smaller gems that are still being made but don’t get the same level of awareness that a studio film does.”

The other big appeal for a distributor like The Orchard? It can see exactly how successful MoviePass’ marketing to its subscribers has been.

“I can never know whether a billboard on Sunset Boulevard got a certain number of people in the theaters,” Davidson said. “MoviePass can tell us how many people who saw that marketing went and bought a ticket.”

Skeptics of MoviePass have regularly argued that at their current price point is “unsustainable” on its own. By getting into film production and distribution, MoviePass is seeking another source of revenue and business partnerships.

MoviePass is adamant that it will reach 5 million subscribers for their service by year’s end, but there’s still not a lot of time make these experiments work. Helios & Matheson’s stock hit an all time low of $0.40 per share last week, and finished this week at just $0.44. Helios & Matheson, an analytics company, revealed in its quarterly report that it has less than $20 million in cash reserves.

We will see how much MoviePass can boost ticket sales for “American Animals,” as it opens in New York and Los Angeles this weekend with more cities to follow in the coming weeks.