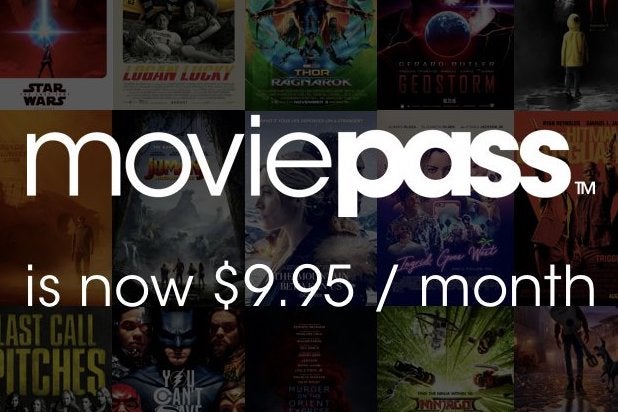 MoviePass announced in August that it would offer subscribers unlimited movie tickets for $9.95/month, and last month announced that it would co-distribute films with established studios beginning with the Sundance drama “American Animals.” MoviePass is gaining subscribers ahead of schedule, with the company saying last fall that it had expected to reach 3 million subscribers by this summer.

MoviePass also made headlines for removing 10 AMC theaters from its ticket distribution app without notifying customers, escalating tensions with the national theater chain as it tries to negotiate a deal where it will continue to include AMC’s theaters on the app in exchange for a piece of the chain’s concession sales. AMC has said in earnings calls that it refuses to make any such deal.

“We’re giving people a reason to go back to the movie theaters and they’re going in droves. With awards season here, we hope we can make Hollywood and exhibitors very happy by filling seats with eager audiences,” MoviePass CEO Mitch Lowe said in a statement. “Based on the dramatic increase in the number of MoviePass subscribers over such a short period of time, we believe MoviePass will continue to grow its subscriber base significantly,”

“MoviePass is attracting people back to the movie theaters by lowering their cost, which we believe is transformational for the industry,” said Ted Farnsworth, chairman and CEO of Helios and Matheson. “We believe the data MoviePass collects from these two million movie-goers will become an important asset to our partners and the future of the movie industry.”