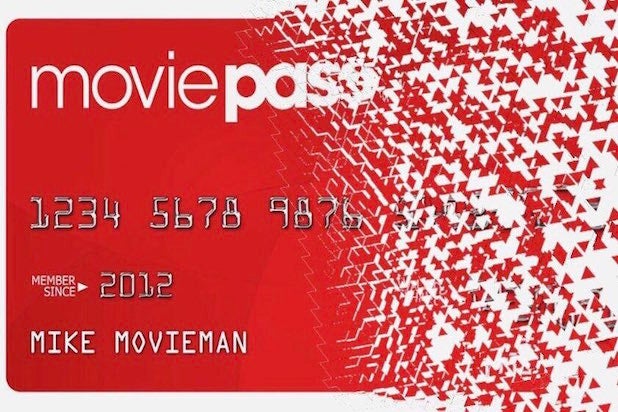 Investors in MoviePass parent company Helios & Matheson Analytics are so far unimpressed with the company’s latest plan to turn around the embattled movie-ticket subscription service with a monthly price hike and new restrictions on usage by its 3 million-plus subscribers.

The changes — which include raising the monthly fee from $10 to $15 and barring users from buying tickets to most wide-release movies during their first two weeks in theaters — were meant to reduce costs, cut the company’s monthly burn by roughly 60 percent and set the business up for future sustainable growth. But they come with a clear down side, analysts said.

“They could theoretically rebound, but it’s tough to know. I don’t think so,” B.Riley analyst Eric Wold told TheWrap. “Anytime a service makes changes users get wary. It’s not just that they raised prices, it’s almost more of a bait and switch. You immediately change the service when things aren’t going your way financially?”

There’s no question MoviePass and its parent are in financial straits. On Wednesday, just one week after shareholders approved a remarkable 1-to-250 reverse stock split to prevent de-listing on the Nasdaq exchange, Helios & Matheson shares fell again more than 50 percent to just 23 cents.

Helios & Matheson shares have fallen a whopping 99.998 percent since last October, when MoviePass’ rapid growth in subscribers suggested it might become a real disruptor in the movie theater business.

Last week, the company appeared to run out of cash and was forced to take an emergency $5 million loan, under severe terms, just to keep the service afloat after widespread outages (some of which continued this week).

Also Read: MoviePass to Limit Most Studio Movies, Hike Monthly Fee to $14.95 in Scramble to Survive

As a result, the company reported $40 million in MoviePass losses in May and anticipated that to grow to $45 million in June — with just $18.5 million cash on hand as of May 31.

This week’s last-ditch efforts to reduce monthly losses may not be enough to save the company from insolvency, analysts said.

“They were losing $20 million a month before the hike with 3 million members. That’s $7 per member per month. Since they were charging $10, that means that they spent $17 for every $10 they took in,” Wedbush Securities analyst Michael Pachter told TheWrap in an email.

“With the [price] hike, they closed the gap partially. With the [usage] restrictions, they will likely see their average cost drop partially as well,” he said, but he added that users may be turned off by all the new restrictions on a service that once promised a movie-a-day at virtually any theater in the country.

And Wold noted that MoviePass’ initial success in signing up members has spurred competition. AMC, the country’s largest movie theater owner, launched its own monthly subscription plan — and announced this week it had signed up 175,000 members since June. “This probably wouldn’t be as bad if it was the only offer out there, but obviously it’s not anymore,” he said.

Pachter noted that the new pricing and service restrictions make MoviePass less attractive than AMC’s $19.95-per-month service. “They’re closer in price to AMC, which has fewer restrictions — no blackout on opening weekend — and offers some other benefits, like IMAX,” Pachter said. “MoviePass may get to break-even, but they are unlikely to grow much from here, if at all.”

Things have gotten so bleak that not even Elon Musk feels he could turn MoviePass around.

Finally, a task too big for @elonmusk pic.twitter.com/zrl0aZmiXL