Sony must be thanking God for the movies.

Sony attributed the loss to the “continued slowdown in the global economy” and “appreciation of yen.” 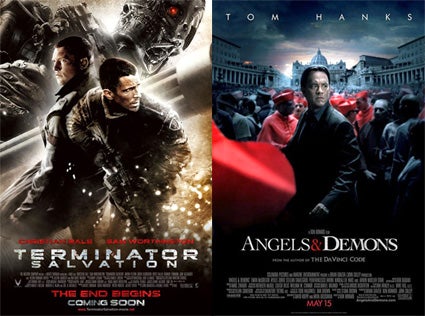 The company said that a decrease in unit sales of its Playstation Portable, Playstation 3 and VAIO computers led to a 37 percent drop in revenues for its “networked products” division.

Sales of Bravia LCD televisions also declined, leading to a 27 percent slide in revenues for its consumer products division.

Music sales decreased about 19 percent, despite best-selling albums by Bob Dylan, Dave Matthews and Kings of Leon hitting during the period.

Sony Pictures, however, was one of the company’s few bright spots. Sales increased 15 percent due to the success of “Angels & Demons” and “Terminator: Salvation.” There were “no comparable theatrical releases” during its fiscal first quarter last year.