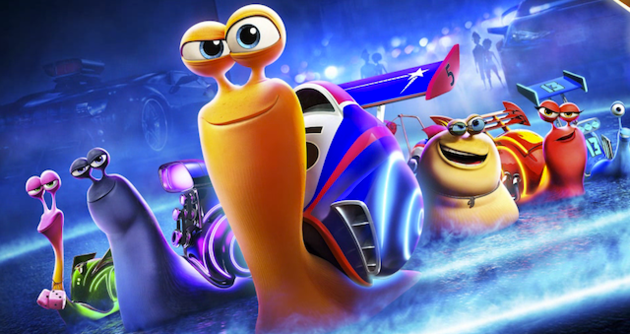 DreamWorks Animation reported a profit in the third fiscal quarter of 2013 thanks to its feature film division, the company announced on Tuesday. It reported net income of $10.2 million and earnings per share of $0.12 from revenue of $154.5 million.

“Strength in our feature film segment is the single largest driver of our positive third quarter earnings,” DreamWorks Animation CEO Jeffrey Katzenberg said in a statement. “It also continues to propel new areas of growth for DreamWorks Animation as we have now transitioned into a global, diversified family entertainment company.”

That would not be news in past years, but the company has been aggressively expanding into television, consumer products and theme parks. DreamWorks Animation did not release a movie in this most recent quarter and will not release a new title until next year.

Theatrical grosses from “Turbo” and “The Croods” contributed a small fraction of the revenue, but the company did not have to take a write-down for “Turbo,” its disappointing summer release. The bulk of its feature film revenue came from library titles and home entertainment, which now falls under the film sector as part of  a reorganization in financial reporting.

“We are introducing four new reporting segments – feature films, television series and specials, consumer products and all other – to align with the ways in which we operate DreamWorks Animation’s business today,” CFO Lew Coleman said in a statement. “Our financial reports will now include revenue and gross profit contributions from these segments, which we believe will also serve to provide more detail behind our growth and diversification efforts going forward.”

TV and consumer products both contributed small bits of revenue, though DreamWorks Animation will roll out more TV in coming months as it supplies shows under a deal with Netflix. A new “Turbo” show will debut on Netflix in December.