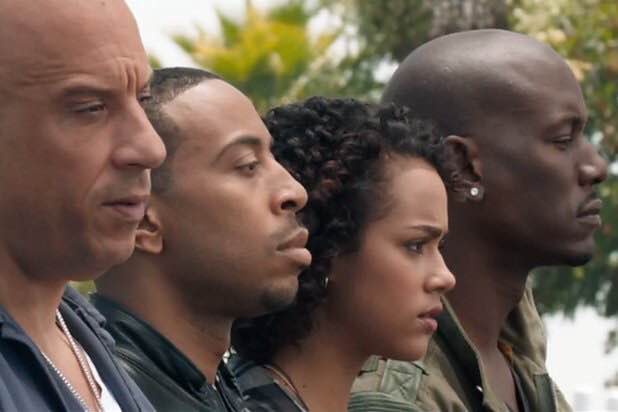 That’s the bottom line from the “2016 Hollywood Diversity Report: Busine$$ As Usual?” compiled by the Bunche Center at UCLA and released Thursday. The news arrives just days before Sunday’s Academy Awards, the industry’s showcase event which has been the target of intense criticism and an “#OscarsSoWhite” Twitter campaign over the lack of diversity in this year’s Oscar nominations

Movies with diverse casts make significantly more money at the box office, and TV shows with lineups that reflect the general population of the U.S. get much higher ratings according to the report, which examined 163 theatrical films released in 2014, as well as 1,146 TV shows airing or streaming during the 2013-14 season.

The median box office for the eight 2014 films with casts that were from 41 percent to 50 percent minority was $122 million. Films that fit that bill included the Disney-distributed “Big Hero 6,” Fox’s “Rio 2,” Universal’s “Lucy” and Sony’s “Annie.” For films that had casts made up of less than 10 percent minorities, the median was $52.6 million.

The same trend was clear in television. The four shows in the 41 percent to 50 percent minority casting range –“Brooklyn Nine-Nine” (Fox), “Gang Related” (Fox), “Law & Order: Special Victims Unit” (NBC) and “Hawaii Five-O” (CBS) — had the top median ratings. They were no doubt driven by high minority engagement with these shows, and because minorities were a disproportionately large share of the overall TV viewing audience.

The fact that studios are seeing the highest grosses and TV ratings from movies and programs that most closely mirror America’s demographics offers some hope for change, because nothing drives decisions in Hollywood and at the major media companies more than the bottom line. That’s according to Darnell Hunt, director of the Bunche Center and an author of the study, along with Ana Cristina-Ramon and Michael Tran.

“We’ve been saying it for years, but it’s still true,” Hunt told TheWrap. “When it comes to minority representation in Hollywood, the most important color is green, as in money.”

Blacks, Hispanics and Asians together comprise 34 percent of the U.S. population, but accounted for 44 percent of movie tickets sold in 2014, according to the most recent report by the Motion Picture Association of America.

“If you look at the number of frequent moviegoers, which show minorities making up nearly half of them, it’s clear that if you don’t factor that in when you take your film to the market, you’re dooming yourself,” Hunt said.

Why in such a bottom line-driven industry has the trend continued?

“It is part of Hollywood’s DNA to exclude people of color and women,” Hunt said Thursday, noting that the inequity starts at the top.

“You have to look at the executive suites, the structure and the leadership of the studios, which don’t reflect that reality and are by nature risk-averse,” said Hunt. The numbers from the study bear him out: 94 percent of the studio heads, senior management and unit heads were white, and 81 of that group was white.

“Business as usual is what drives a lot of decisions on who gets cast and what films get made,” he said.