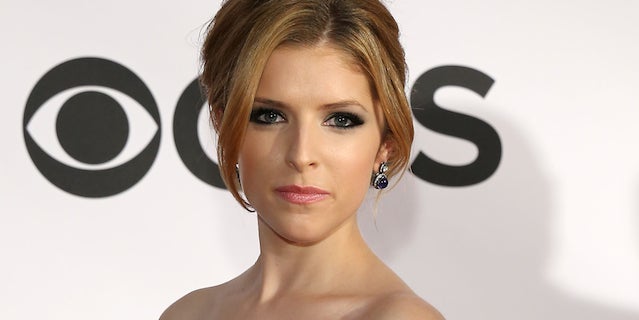 Anna Kendrick is in talks to play Cinderella in Disney's big screen adaptation of Broadway musical "Into the Woods," an individual familiar with the situation told TheWrap.

If "Pitch Perfect" actress' deal close then she'd be joining Meryl Streep, Johnny Depp, Chris Pine, Jake Gyllenhaal, James Corden, Emily Blunt, Tracy Ullman and Christine Baranski, all of whom are either in negotiations or set to star in the Disney movie.

Also read: 'The Good Wife' Star Christine Baranski to Reteam With 'Chicago' Director on Disney's 'Into the Woods' (Exclusive)

Rob Marshall ("Chicago") is set to direct the film about the Baker and his wife venturing into the woods to confront the witch responsible for putting a family curse on the childless couple.

Marshall is directing the film from a script by James Lapine, based on his book for the 1986 musical. Stephen Sondheim wrote the Tony-winning original score, and Marshall's longtime collaborator David Krane is working on musical arrangements for the film. John DeLuca is producing the movie, which is expected to start production in the fall.

Kendrick is currently filming another musical adaptation, "The Last Five Years," and is also set to star in Zach Braff's next directorial effort, "Wish I Was Here."