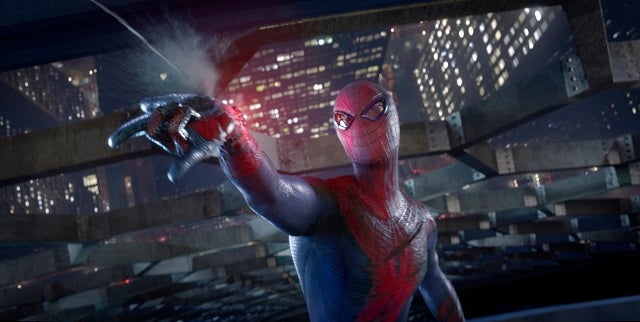 Studios are escalating the tentpole race, claiming dibs on the best dates into late 2018 as big bets grow ever more important to the bottom line.

Sony has already set a May 4, 2018, date for "Amazing Spider-Man 4," and slotted several animation projects that year, too. Disney has designated opening days that year for several Marvel and Pixar movies, and Fox has locked up dates for its animated movies.

Those three studios have taken the long view on movie scheduling to the extreme this summer, planting early flags on dates in 2016, 2017 and as far off as the week before Christmas 2018.

Why the unprecedented rush to nail down dates so far in the future? The studios were reluctant to talk on the record, but one need only look at this summer’s crush of big-budget superhero movies, sequels and animated films for the answer. They are plainly winning their bet on more and bigger tentpole movies, and winning so big that they’re doubling down on their future.

In simple terms, when you’re spending north of $150 million on a movie, you want to be absolutely sure it has the optimum opening date – even if that means locking it down five years in advance.

"This is the future of tentpole release dates," Exhibitor Relations vice-president and senior analyst Jeff Bock told TheWrap. "The fact that so much time and money goes into making these big-budget movies and animated films, nailing down the right release date is of utmost importance to the studio and the creators."

It also sends a signal to rival studios.

"I think the gauntlet has been thrown down," Bock said.  "It lets competitors know to stay away." There’s nothing contractually stopping another studio from opening a movie on the same date claimed earlier by a rival, but it normally isn’t good for business.

Earlier this summer, Warner Bros. chose to debut "Hangover 3" on the same May weekend that Universal had claimed for "Fast & Furious 6," and the R-rated comedy sequel wound up underwhelming at the box office. There’s no telling how much sharing the date hurt, but it couldn’t have helped.

The majority of the 12 movies already slotted for 2016, the 10 with dates in 2017 and the nine scheduled for 2018 don’t have titles yet. This isn’t a case of the studios grabbing dates and finding something to put on them later. They know which projects in their pipelines are going to be ready, even if they haven’t announced them yet.

And while consumers may not know the specific projects, they probably know the brands. Many moviegoers are learning, for example, to expect Marvel releases from Disney in May, and animated films in November, and the fan boy sites make great sport of guessing what will come when.

In most cases, the dates chosen are ones on which the studios have scored big in the past, or their rivals have with similar films.

Disney has an untitled Marvel movie set for the first week in May 2016. That weekend served as the launch pad for "The Avengers" and "Iron Man 3." Its untitled "Avengers" sequel will be out on that weekend in 2015 and it has set another Marvel saga set for that date in 2017.

It won’t have that slot in 2018, however. Sony has swooped in and claimed that weekend for "Amazing Spider-Man 4."

The Nov. 4, 2016 release date chosen by Fox for its animated "Trolls" is the same weekend that hit kids’ movies "Megamind," "Puss in Boots" and last year’s "Wreck-It Ralph" debuted on.

There are significant internal benefits to the long lead time, including a clear target date for the completion of the movies, many of which are in production for years.

"That's significant, because it means that it's no longer a case of hurry up, and when you finish making the movie, we'll find a spot for it," Manatt, Phelps & Phillips entertainment partner Lindsay Conner told TheWrap. "This put everyone on the team on the same page."

In addition to providing a clear completion target, it allows more time for the studios’ marketing machines to build momentum. And the extra lead time will come in particularly handy when setting up promotional partnerships and licensing deals.

Another benefit could be the signal that it sends to investors. These are big-budget movies, and their success or failure can move a company's stock. For shareholders, actual dates could make the potential for profits from blockbusters seem more solid.

Not every studio is on the bandwagon. The majority of the movies scheduled so far in advance are animated projects, and most of the other studios don’t release more than one or two of those a year. Universal, for example, is very likely to have more "Despicable Me" movies in the pipeline, but plans to stay flexible in terms of setting release dates. Warner Bros. is not a big animated player, and has yet to schedule anything later than 2014.

In any case, slotting movies so far in the distant future is a new world for the studios.

"They're kind of like old-time explorers heading into the unknown, planting their flags and staking their claims," Conner said.