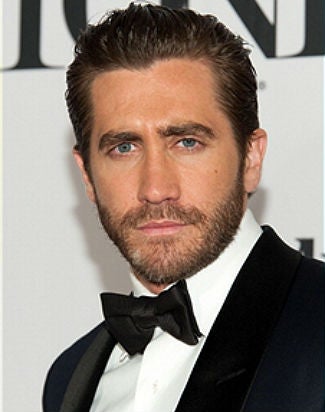 Jake Gyllenhaal‘s indie movie “Nightcrawler” has just been greenlit, forcing the Oscar-nominated actor to drop out of Disney’s Cinderella musical “Into the Woods” as a result of the scheduling conflict, TheWrap has learned.

Disney did not immediately respond to a request for comment.

Gyllenhaal had been in negotiations to play Rapunzel’s Prince opposite Mackenzie Mauzy in Rob Marshall’s highly-anticipated musical.

Also Read: Anna Kendrick in Talks to March ‘Into the Woods’ as Cinderella

“Nightcrawler,” which marks the directorial debut of “The Bourne Legacy” co-writer Dan Gilroy, is being produced by Gyllenhaal, Tony Gilroy and Jennifer Fox, as well as Michel Litvak and David Lancaster of Bold Films, which is financing.

The edgy thriller is gearing up for a five-week shoot in early October and while Gyllenhaal wanted to make the dates work with “Into the Woods,” it proved impossible, as Marshall’s star-studded cast necessitates a complicated shooting schedule that would’ve required Gyllenhaal to be on set for several days in October and November.

Also Read: ‘The Good Wife’ Star Christine Baranski to Reteam With ‘Chicago’ Director on Disney’s ‘Into the Woods’ (Exclusive)

Dan Gilroy wrote “Nightcrawler,” which finds Gyllenhaal playing a small-time Los Angeles criminal who gets a little too swept up in the nocturnal world of the city’s crime journalism community.

Gyllenhaal, who next stars alongside Hugh Jackman in the kidnapping thriller “Prisoners,” is also in early talks to star in “Everest” alongside Jason Clarke, Josh Brolin and John Hawkes. He’s repped by WME and attorney Alan Hergott.