Dan Glickman is making his departure official. He will leave as the chairman-CEO of the Motion Picture Association of America when his term expires in September. 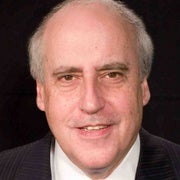 Glickman, who served as a Democratic congressman from Kansas and as secretary of agriculture, was tapped in 2004 to head the MPAA after the death of longtime CEO Jack Valenti.

Glickman told TheWrap.com in July that he didn’t see the job as a lifetime post and he was likely to step down. He said Sunday he has now made a final decision to exit.

Glickman denied he was departing because of any pressure, saying the last year has been the MPAA’s most successful ever, both in Congress and in the states.

He cited Congress’ decision last year to give tax credits for film production the same status of tax credits for brick-and-mortar industries as part of the bailout legislation. He also pointed to Congress’ decision this year to include in a higher education bill a requirement that universities take steps to stop pirated downloads by their students.

Instead, he said, his decision to depart reflected a desire to return to public service.

“I spent my years in public service, and as I turn 65, I would like the last part of my career to be in the public sector,” Glickman said Sunday night. “I am anxious to go back [into it.]”

He noted that even while working as MPAA chairman-CEO, he has worked with the Bill and Melinda Gates Foundation on a project focusing on international hunger and agricultural development.

He also made clear that he will continue to work vigorously on MPAA issues until he departs.

He suggested that one of the MPAA’s immediate concerns is ensuring that any action by the Federal Communications Commission to block Internet providers from giving some favored websites a faster path to consumers’ desktop then others — otherwise known as net neutrality — still allows Internet service providers to block pirated content.

Glickman’s departure opens one of the top association posts in Washington amidst some Washington speculation on whether California Gov. Arnold Schwarzenegger might turn out to be a successor. Glickman said Sunday night that the search for his replacement has not yet begun.

Previously: MPAA’s Glickman May Step Down in 2010