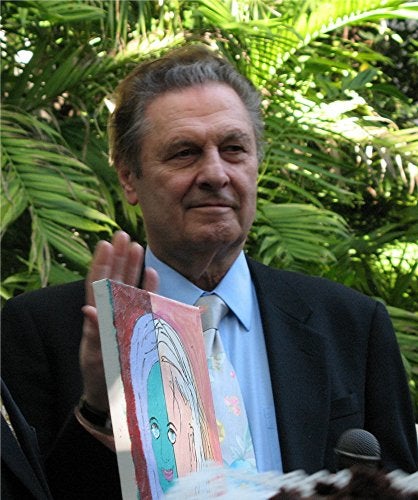 Renee Taylor is very pleased with the $30,000 she says was brought in by the Saturday auction she hosted with husband Joe Bologna (pictured with Phyllis Diller painting) — so much so the actress says they aim to do it again.

So are the recipients of the auction’s largesse — residents of the Motion Picture Home’s long-term care unit, located in Woodland Hills.

In the wake of the Motion Picture and Television Fund’s January 14, 2009 announcement that the fund would have to close the home and move its elderly residents to outside nursing homes, there have been allegations that the seniors are in need of such things as wheelchair repairs, dentures and wigs.

The MPTF flatly denies these claims, but the auction went ahead to make sure the residents weren’t going without some requested comforts.

Taylor promises a sequel auction in a few months – but one held in another location, as the couple’s Beverly Hills home “was just too small for all the [items] we had.”