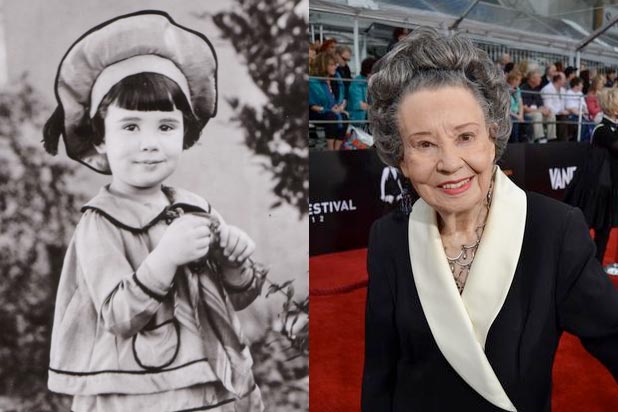 Welcome back, my friends — to the show that never ends.

It was early Saturday morning when the messages started coming in. After a few years of radio silence, a familiar plea for help appeared framed in the familiarity of a Facebook instant message. It was as unexpected as a signal from an alien intelligence in the vast primordia of radio static that is my daily news feed. The message was queued in between another anti-Obama rant and a recipe for garlic hummus.

Those familiar words: “Will you help my friend get into the Motion Picture Home?” was carried in plain text, but it could have just as well been in the bold italics of a desperate call to action.  The “friend”?  It wasn’t just anybody.

Diana Serra Cary was known to millions during the days of silent movies as “Baby Peggy.” Her significance to the history of cinema was beyond reproach. To those historians of cinema and curators of a bygone era, Baby Peggy walked on the moon while authoring the Magna Carta. Her place in history was undeniable, and now she was in need of care. Much like those who rally around an endangered species, we covet and protect those who were first person witnesses and participants to history, especially when there are only a few left. Diana Cary is a survivor and there’s no revisionist that can unseat her claim to the throne of longevity. She is to be prized. She is to be revered. She is to be cared for.

Evidently, her care was a problem, and I was being alerted to it.

As I returned to read the original message, another chimed in… then another. Each message described Baby Peggy’s predicament differently. Subtle differences that spoke of frustration with the system began to blur the focus of the message. Where each story differed, the subtext began to take shape. This was not about Baby Peggy, this was not about what the MPTF was trying to do for Baby Peggy, it was about what the MPTF wasn’t doing for her. Not unlike a concert rider for Justin Beiber, there was a level of arrogance in these pleas that demanded strict adherence. Much like the directive of “no green M&M’s,” a demand seemed to be made based on Baby Peggy’s status, and not on her need.

The last message linked me to an update that included a response by Motion Picture Home CEO Bob Beitcher. According to Beitcher, the MPTF had attempted to send a social worker in to assess Cary’s situation. Instead of welcoming the first steps to admission (which I know all to well as my mother was cared for by the MPTF), a salvo of threats peppered this “update.” Threats of “POSSIBLE action” by alerting the press and “friends of two Board members” were waved in the face of Beitcher and the MPTF.

Also Read: MPTF: A Time When 'Once a Star Meant Always a Star'

Beitcher’s response began by congratulating her advocates for the passion of their commitment, and then in a statement that to me is the hallmark of the Motion Picture Home, reiterated an important credo, that basically states that “star status” does not give you a golden ticket. What attracted my mother to the MPTF was the fact that grips and drivers got the same care as directors and actors. That attraction was not particular to mom — it was the foundation that we fought for that brought the fight for long-term care to the attention of the world.

I’m sure that didn’t go down well with Baby Peggy’s team. I was surprised that the conversation had even gotten this far without acknowledging that the MPTF had offered to send in a geriatric social worker to assess her situation, which “is the starting point for all intake into our social work / charitable assistance program.” The fact that Beitcher was reaching out to Baby Peggy’s advocates in such intricate and frank detail was a breath of fresh air, and stood in stark contrast to the transparency that was lacking in previous regimes.

In a Facebook group that I founded to address issues of the elderly, I asked that Ms. Cary allow a visit of the MPTF social worker(s) to assess her situation. I received a diatribe that accused me of calling Baby Peggy “a liar” and added, “It’s bad enough that she’s been denied a star on the Hollywood Walk of Fame but now this?”

The hysteria of the response, and the continued call for her recognition based on status flies in the face of what was accomplished.

Baby Peggy deserves care because she is a member of the motion picture industry, and not because of her status as a “silent screen star.” My mother was a secretary, my friend’s mother was a mask-up artist. They weren’t stars, yet they were treated the same as those who were in front of the camera. Beitcher has kept the place on an even keel for a long time. People are being cared for. We got what we wanted, and I’m not going to let anyone cast stones at something I had a vested interest in rebuilding.

Now, when we are called to assemble at the Motion Picture Home, it’s for a birthday party, and not for a protest rally. It’s become a great place and I’m proud to have been part of a grassroots coalition that shined a light on the importance that the elderly have, and our responsibility to stand up for their rights. We are no longer at war. Both sides came together for the singular purpose to care for the many. Processes and procedures support a professionalism of purpose and maintain a high level of care. These velvet ropes are not lifted for celebrity. They are lifted for need, and hopefully in the case of Baby Peggy, she will enjoy the level of care that benefited my mother and those others who shared her good fortune to close their eyes for the last time within the embrace of their profession and community.

Baby Peggy is deserving of the charity and empathy of the industry.