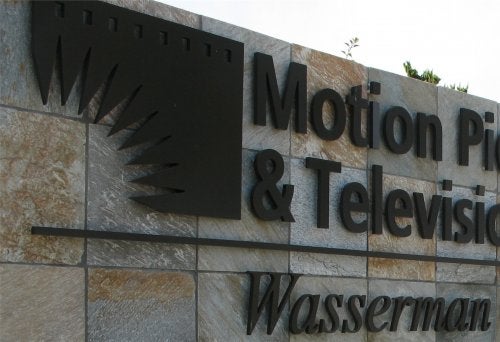 It’s been a year since the Motion Picture and Television Fund announced it was closing its in-patient hospital and Long Term Care Unit, setting off a war of attrition that has prevented the fund from closing as quickly as it otherwise might.

In a place where even the Christmas tree managed to cause hard feelings, the new year shows no sign of compromise.

Since the announcement on Jan. 14, 2009, the LTCU has shrunk from 136 members to 63 – partly from deaths, but also the result of 32 transfers to outside nursing homes and 12 to other units at the Wasserman campus, a 44-acre parcel of the Motion Picture Home in Woodland Hills.

Eight LTCU residents were deemed fit enough to move into the Home’s independent- and assisted-living quarters. The workload thus lessened, 53 unionized hospital staff members have been laid off, with 240 scheduled to eventually be terminated.

The healthier residents living in independent- and assisted-living arrangements remain unaffected — although in the future they would no longer have the option of moving into the LTCU, should they require what is legally designated as “skilled nursing” care. Anti-closure activists allege that this prospect has intimidated these elderly patients from disclosing illnesses or pains to nurses or doctors, lest they be moved into an outside facility.

None of this has gone over particularly well.

On one side of the debate is the fund, which cites mounting financial challenges for closing the two-story residential facility connected to the hospital. The fund’s motto is Taking Care of Our Own.

On the other are Long Term Care residents and family members who began fighting back immediately after the fund’s January 14, 2009 closure announcement. They either signed on as litigants with personal-injury giant Girardi | Keese, or formed an activist group that goes by Saving the Lives of Our Own. Or both.

The MPTF says the decision to close is irrevocable, while declaring the hospital and residential unit will stay open until the last resident is relocated to an outside nursing home. The proponents for keeping the units operating tell The Wrap they want them kept open and running at their former capacity for all time – it’s not enough, they say, to have the facilities stay open only for the current population and then close once the last resident passes away.

The dug-in stances are reminiscent of a long labor strike, with nearly every event at the campus scrutinized and challenged by both sides. Most recently, the hospital did not place a Christmas tree in its lobby for the first time in memory. Activists ascribed its absence to the fund’s Scrooge-like miserliness and what they say is an ongoing intimidation campaign. The MPTF, though, says this year the tree, along with a Hanukah menorah, was merely moved to a first-floor dining/activities room, where more people were likely to see it.

Actor Bill Smitrovich (pictured), who is national chair of the Screen Actors Guild’s Senior Performers Committee, and not an MPTF resident, believes both sides’ lack of compromise is the result of the closure issue being taken over by lawyers.

“I’m trying to create a bridge of communication outside the rhetoric that’s blazing on the Internet and in print,” he says.

It wasn’t long, however, before Smitrovich and his committee got wind of the treeless lobby.

“I was aghast,” he says. “There had always been a huge beautiful Christmas tree in the lobby. “I went out to the Motion Picture Home and spoke to the people there. I didn’t ask — I just told them I was putting one up, if anyone wanted to help me. The tree [in the activities room] looked kind of abysmal.”

While MPTF says it applauded Smitrovich’s gesture, the tree story quickly entered the skirmish lore of the two sides. After setting up the SAG-donated tree in the hospital lobby, Smitrovich organized a Christmas day event in which actors and their families went about the campus caroling. They were joined by anti-closure activists.

The Christmas tree incident is emblematic of the deep distrust between the two sides. At the heart of this mutual suspicion lie two fiercely disputed beliefs.

The first, held by the activists, is that residents have always been guaranteed a lifetime stay at the Home once they moved in. The second, held by the fund, is that because of changes in Medi-Cal payments and declining revenues from MPTF investments and individual donations, the LTCU and hospital are costing the fund nearly $1 million a month – an operating expenditure that will bankrupt the entire fund and all its charities and satellite outpatient clinics in five years.

Veteran actress Renee Taylor is one who firmly believes that residency at the Home is a lifetime membership. She and her husband, actor Joe Bologna (pictured together, next screen), were among those who caroled the LTCU during Christmas.

“We always had this fantasy we’d do shows there in the Home when we were in our 90s,” she says.

Ellen Davis, an MPTF spokeswoman, not only disputes the claim that LTCU residency guarantees lifelong care on the campus, but says state law has always prohibited the fund from making such a guarantee. She cites language from contracts she says all residents or their representatives have signed prior to entering the home.

"This financial arrangement,” the contract reads, “shall not be deemed or constitute a life care/continuing care contract as defined by the laws of  the State of California."

The document also asserts MPTF’s right to transfer residents off the campus if the Long Term Care Unite “ceases to operate.”When asked, people who are potential litigants against MPTF (and who requested anonymity) claim the language has been added only in the past few years – a claim Davis also disputes. Bill Smitrovich notes that not all contracts are observed to the last comma.“The commitment was stronger 80 years when there was less money,” Smitrovich adds. “Now there’s more money and less of a commitment.” 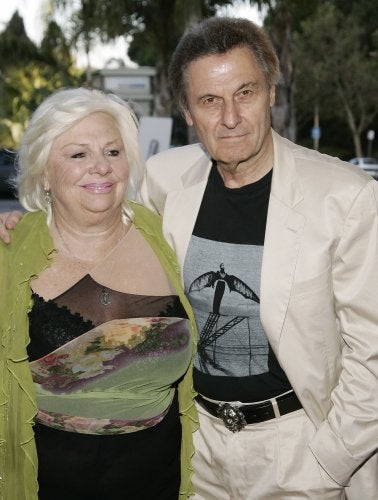 The second point of contention is no less hotly debated. Residents of the LTCU and their families, along with many outside observers in the movie guilds, do not understand how an industry that showed a $10.6 billion box-office year in 2009 can turn its back on its retired, elderly workers. This juxtaposition between corporate movie wealth and the cutting adrift of the industry’s aged former employees, from secretaries to grips to actors, has probably ignited the most rage among the residents and their supporters, who also dispute the “million a month” claim about LTCU maintenance costs.

Richard Stellar, whose mother is fighting relocation, and who contributes to The Wrap, is one of many people who say that the money the fund takes in from Medi-Cal reimbursements is enough to cover costs of the skilled-nursing facility. (According to California’s Dept. of Health Care Services, the MPTF hospital, a “distinct-part skilled-nursing facility,” receives $351.26 daily per bed in Medi-Cal reimbursements.)

Stellar’s math is based on the assumption that if all 195 LTCU beds are occupied, each would receive $10,500 in monthly compensation from Medi-Cal, resulting in an annual revenue stream of more than $24 million.

“Added to this,” complains another activist, who requested anonymity, “the hospital gets funds from donations and annuities, and from the healthcare plans of the patients. And this is a charity that owns its buildings and its land, and that pays no taxes!”

The MPTF, acknowledging it receives $10,500 per bed each month, claims that it distributes $4,500 to the hospital on a per-patient basis, and $6,000 to the LTCU – but that the full monthly LTCU expense per resident is $11,850. (Ellen Davis claims 80 to 90 percent of LTCU residents are Medi-Cal patients.) The argument then gets down to whether the remaining $5,850 is recoverable through fundraising campaigns. The MPTF says no, the activists say yes.

Ellen Davis reiterates that the MPTF will “never abandon” its LTCU residents and “continues to work with them” on their relocation options. Activists claim that is untrue as far as residents who are fighting closure are concerned, because as plaintiffs in a possible legal action, they and the MPTF have been warned by Girardi | Keese not to communicate with each other about the move.

Ken Scherer, the MPTF Foundation’s CEO, told The Wrap last fall that the fund has no immediate plans for the LTCU beyond its closure. Some activists, however, report that contractors have been on the site and say MPTF’s goal is to build condo-like homes for the more active and able seniors on campus – a charge Ellen Davis dismisses as completely untrue.

The condo rumor, fact or fantasy, confirms the view of activists that the closure is the result of the MPTF’s governing councils being led astray by people with a Malthusian appreciation of the surplus-value of human life, and that every decision now made by the fund has a cold, bottom-line logic to it that is inimical to the goals of a charity.

They chafe at the new Saban Center for Health and Wellness, with its massive Jodie Foster Aquatic Pavilion, and ask why fundraising money was earmarked for these projects and fundraising for the hospital now formally ended. (The fund answers that the center is “integral to MPTF’s future ability to provide comprehensive care to thousands of seniors in the industry,” while saving $450,000 in office rents.) For this reason, says Renee Taylor, she and her husband Joe Bologna (pictured together, above) are going to stage a celebrity auction January 30 at their Beverly Hills home – a fundraiser whose earnings, Taylor says, will go directly to LTCU residents.

Although both sides seem as adamant in their positions in 2010 as they did last year, SAG’s Bill Smitrovich remains optimistic of a breakthrough.

“I’m hopeful," he says, " that we can avoid litigation and that both sides would like to bring the fund back to its former glory. It’s right there in black and white: ‘Taking care of our own.’ This is what it’s all about.”