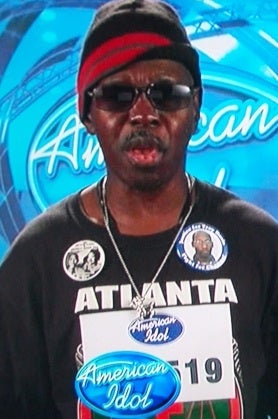 The zany "American Idol" contestant who stole the Atlanta round definitely has his pants hiked up — but he’s no William Hung.

He’s 62-year-old "General" Larry Platt, whose original composition, "Pants on the Ground," had the judges, his fellow contestants (and anyone else who saw the conclusion of Wednesday night) completely in stitches.

Platt’s performance was musically lacking, of course, but catchy — to the degree that soon-to-be-former judge Simon Cowell said "I have a horrible feeling that song could be a hit."

But as turns out, creating an instant "Idol" and Twitter sensation isn’t even close to the coolet thing Platt’s ever done.

As USA Today reported, Platt is a community activist with real cred. He participated in some of the seminal moments of the Civil Rights Movement, organizing sit-ins in the South as part of the Student Non-Violent Coordinating Committee and the Southern Christian Leadership Conference in Georgia. He was beaten during the Bloody Sunday march — led by Rev. Hosea Williams and Dr. Martin Luther King, Jr. — from Selma, Ala., to Montgomery.

But for the moment, Platt is known as the guy who instantaneously put #pantsontheground on the Twitter trending-topic queue to the delight of millions.

And, if he has his druthers, also got us all to tighten our belts and turn our hats straight ahead.