This has been a fascinating week in the news. We are up in arms that people are savoring the lofty fragrance and forbidden taste of whale flesh in a popular sushi restaurant. We have joined together publicly in our outrage and have mobilized as if our very shores were being invaded by countless communists, to save some wood that spells out HOLLYWOOD.

We live vicariously through articles detailing Steven Spielberg’s $30 million annual cut from Universal Studios’ theme parks and his much anticipated HBO miniseries "The Pacific," where the story of bravery and liberation is told as only Spielberg can tell it. A sure money-maker. 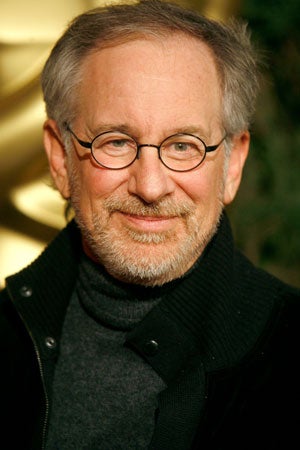 Surely, there’s a lot to get excited over.

Nobody can tell a war story like Spielberg. Add co-executive producer Tom Hanks to the partnership, and you get cinematic artistry that is dripping in social commentary.

In "The Pacific," there is a scene where a cabbie who is a veteran of D-Day says pityingly to two war-weary G.I.s who enter his cab: "You gyrenes, you got nothing but jungle rot and malaria. Welcome home."

The simple act of recognition and thanks takes only a few words, and hardly any effort, yet its dramatic impact is staggering.

Like those Marines who got into the cab, the elderly and their families for whom we are doing battle have gotten nothing but anxiety, despair and death for being the mute pawns of a system gone horribly wrong at a facility they were told was their home — the Motion Picture & Television Fund Home.

The fact that this is reality and not fiction is equally shattering and no less dramatic.

It’s no wonder that Mr. Spielberg is so involved with the Motion Picture Home. His stature in the community is beyond reproach. I applaud him for all the good he’s done for humanity.

A friend of mine, whose parents were part of his film about the Holocaust, absolutely revere the man; they have a photo of him in their house, in much the same way as you’d find a photo of the pope on every Irish mantle, or a velvet painting of Elvis festooning tourist traps on the streets of Tijuana.

Spielberg is an avatar for those who want to do good things for their fellow man.

I’m sorry for singling you out here, Mr. Spielberg, but you have a lot to answer for. You have the gall to give a Torah, the "holiest of holies," to a facility that you have had a hand in gelding. A place that Jeffrey Katzenberg refers to as "an enterprise."

A place that would deny those who want to display a nativity scene, a crucifix or other religious artifacts strangely welcomes the gift of a Torah. You’ve got a lot of pull, I’ll give you that.

I’m sorry to break it to you, but that Torah is perceived as nothing more than a PR salve, ushered in by a broken regime that unceremoniously rid the campus of their CEO, but still pays the architects of its ruination hundreds of thousands of dollars.

The circle of life in this case has jagged edges and is drawn in blood.

The Torah is in a facility that barred this Jew from respectfully attending the ceremony that heralded it into its new home.

The Torah is not afraid of those with an opinion that is different from yours, however fearful those who ushered it in are of those who seek the truth.

As Amon Goeth said in "Schindler’s List": "The truth … is always the right answer."

It’s not just you, it’s all of us. We suffer from a selective morality where our public face refuses to swallow the whale sushi, while privately we closet perverse treatment of the elderly that created an industry that gave you your voice and enabled your craft.

You, Mr. Spielberg, and your compatriots have no problem voicing your indignation regarding a symbol of wood and nails, yet you refuse to speak out on behalf of your own flesh and blood that lives in your own backyard.

I toured a journalist from London’s Daily Telegraph around the facility yesterday, and we paused at your Torah. Such an important symbol of hope, a testament to God rescued from such a horrible origin, now standing sentry in a used trophy case. We discussed what it meant, and why it was there.

Just down the hall, the doorway to Rabbi Rosenberg’s office was closed. A man who refused to back the families, apparently for want of a paycheck and invitations to A-list parties, minding a symbol of hope, reverence and justice — now sitting in a dusty case that appears to have once been home to softball team trophies and a photo of the employee of the week whose reward wasn’t spiritual enlightenment but his or her own temporary parking space.

Hardly a fitting ark for a Torah.

Fortunately the glass doors that allow us to look in allow the Torah to look out onto the hallways where those who seek to remove our elderly tread. As much as that Torah is used to being in the company of pain and terror, would it be surprised to find those same emotions present in your facility? I assure you they are.

I’m certainly not going to teach you anything about the Holocaust, Mr. Spielberg. That would be like me attempting to teach Jimi Hendrix how to play guitar.

But let me leave you with one passage from Pastor Martin Niemoller that maybe both of us can learn from:

"THEY CAME FIRST for the Communists, and I didn’t speak up because I wasn’t a Communist.

THEN THEY CAME for the Jews, and I didn’t speak up because I wasn’t a Jew.

THEN THEY CAME for the Catholics, and I didn’t speak up because I was a Protestant.

THEN THEY CAME for me and by that time no one was left to speak up."

To equate what is happening with a holocaust or a pogrom is laughable. I realize that. But we must recognize that if at first they come for the elderly, who is next? Who is safe on that campus? Surely not those in the Lodge or Cottages. Surely not those in Harry’s Haven.

Mr. Spielberg, you can no longer feign ignorance about this problem. The residents, their families and loved ones — those who live in the shadow of a street sign bearing your name for a road that leads to the heart of the Motion Picture Home — need your voice, and your recognition.