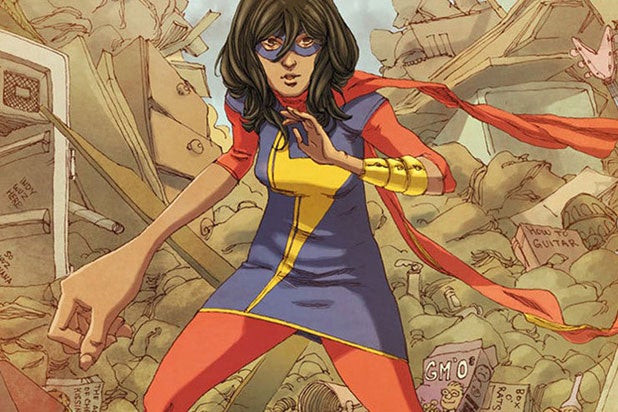 Marvel Studios president Kevin Feige says that the studio has plans for a Ms. Marvel movie after Captain Marvel has been introduced to the world.

“Ms. Marvel, which is another character in the comic books, the Muslim hero who is inspired by Captain Marvel, is definitely sort of in the works,” he told BBC.

“We have plans for that once we’ve introduced Captain Marvel to the world,” he added.

Ms. Marvel was created by writer G. Willow Wilson, artist Adrian Alphona and editors Sana Amanat and Stephen Wacker and made her comic book series debut in February 2014. Kamala Khan is a 16-year-old Pakistani-American from New Jersey, and she became Marvel Comics’ first Muslim character to headline her own comic book.

Ahead of the release of “Avengers: Infinity War,” TheWrap ranks the movies in the Marvel Cinematic Universe by domestic grosses

TheWrap takes a look at how the MCU movies have stacked up at the domestic box office, ranked from worst to best, not adjusted for inflation.