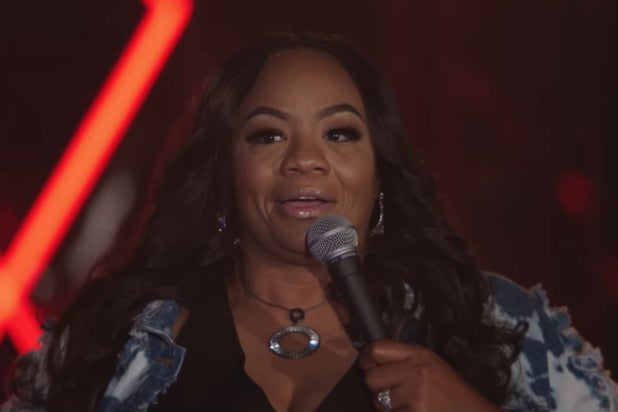 BET+ has picked up the long-gestating “Ms. Pat” comedy, which previously had a pilot order at Hulu.

“Ms. Pat” stars Patricia Williamson as a fictionalized version of herself. The series was ordered for 10 episodes and counts both Lee Daniels and Brian Grazer as executive producers.

Based on Ms. Pat’s standup comedy and memoir, “The Ms. Pat Show” tells the story of a former convicted felon turned suburban mom (Ms. Pat), whose hustle and resilient spirit were forged on the streets of Atlanta. To much reserve, she now finds herself in conservative middle America alongside her penny-pinching husband (J. Bernard Calloway), a struggle of a sister (Tami Roman), and two distinct sets of kids (Theodore Barnes, Briyanna Guadalupe, Vince Swann) raised under very different circumstances.

Also Read: 'Evil Eye' Star Sunita Mani on the 'Spooky' Similarities Between the Movie and Her Life

Prior to Hulu, “Ms. Pat” was in development at Fox.