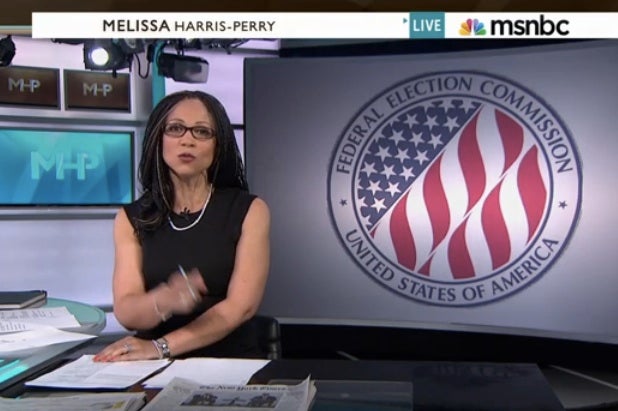 MSNBC weekend host Melissa Harris-Perry had a particularly tough tax day — the anchor and her husband owe $70,000 in delinquent taxes, according to a report in the Winston Salem-Journal.

The IRS filed the notice on April 6th and filed a lien on the Perrys, the report said. Harris-Perry said she was aware of her debt, but not the tax lien.

“We were aware that we would continue to need to work to pay off the 2013 debt,” she said to the Salem-Journal, but ended up having to go at a slower pace due to several personal crises.

Harris-Perry hosts MSNBC weekends from 10 a.m. to noon ET, known for emphasizing stories involving justice and minority rights. She is also a professor at Tulane University.

MSNBC did not immediately respond to TheWrap‘s request for comment.