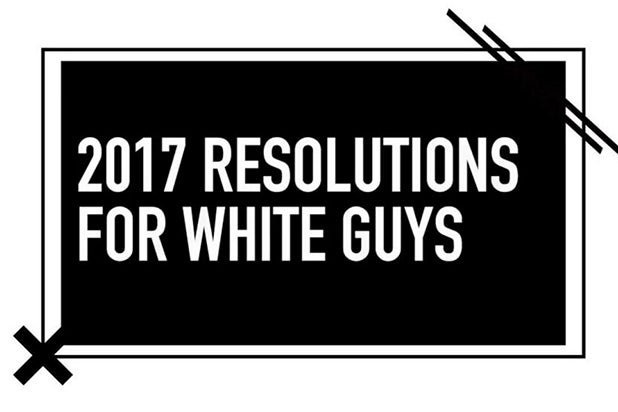 MTV released a video on Monday with advice for white men in the upcoming year — and users on social media were quick to slam the video as “racist” and “pathetic.”

In the video, a number of people look into the camera and tell viewers that white guys should “try to recognize that America was never great for anyone who wasn’t a white guy,” that they should stop bragging about being ‘woke’ and that no one should brag about having black friends.

The people in the video also mention Kanye West, Beyonce and the judge in the Stanford sexual assault case.

Hey, white guys: we came up for some New Year's Resolutions for you. pic.twitter.com/C9EeIY6wig

The response was predictably critical, with one Twitter user writing, “funny that MTV makes a video telling white guys to stop being racist yet it took them almost a decade to show black musicians on the channel.”

However, some defended the channel, with another user using the hashtag #GoAheadKeepProvingTheirPoint.

I love all the white people getting angry about the MTV "New Year resolutions for white guys" post. #GoAheadKeepProvingTheirPoint #Idiots

All the white guys on my tl got heated by that MTV video. It wasn't that serious, it was lukewarm as hell. Wouldn't even paid it attention

MTV has not yet responded to TheWrap’s request for comment.

Read tweets responding to the video below.

MTV should be shut down for this shit. none of the points you touched on even made sense for why white males should be "better." just delete https://t.co/mhYp8bRxKe

MTV release disgusting video lumping all "white guys" together as some kind of pantomime villain. Apparently this brand of racism is okay. https://t.co/ScZvaAz9qg

@Mediaite white guys give zero facks about MTV since circa-1990bieber.

MTV is now telling white guys how to not be racist? I'm done guys…

@MTV about your white guys resolution, here's one for you! Quit being pathetic with your race baiting! Jealousy doesn't look good on anyone

MTV put out this video as if white guys are the problem in America.No more mansplaining. No more racism. No more .stop it ???? pic.twitter.com/I5kmCH6K7Y

@MTVNews Oh, and MTV News, sorry that I neglected to properly acknowledge your suggestions for us white guys. You can go fuck yourself also.

Yes MTV let's generalize all white guys and pretend that they are the only issue with this country!!! ???????? https://t.co/QOIbzxlTfV

Viacom’s music-centric network has taken many forms since “I want my MTV!”