Corporate siblings MTV Networks and VH1 have greenlit several new shows between them.

"If You Really Knew Me" premieres in the fourth quarter on MTV, which ordered 12 episodes ot the new series, which it describes as being "like a reality version of ‘The Breakfast Club.’”

MTV also ordered a second season of "Teen Mom," which delivered strong ratings in its first season. "Told firsthand by cast members from season one, the series will give viewers a deeper look into the first and second year into motherhood and depict the varied challenges young mothers face, balancing adult responsibilities, while trying to hold on to a semblance of teenage life," the network said. Season two’s eight episodes will air this summer.

“Both series share an unfiltered and unique look at different aspects of teen life, and the transition to adulthood. We are thrilled to continue to tell the stories of these teen moms, and to work with Arnold Shapiro on this new documentary series that breaks down the walls of cliques in high school and brings kids together,” Tony DiSanto, president of MTV programming, said in a statement.

Meanwhile, VH1 has greenlit three new series, two about transforming people from the inside out and one that hopes to shed some light on a few untimely deaths. 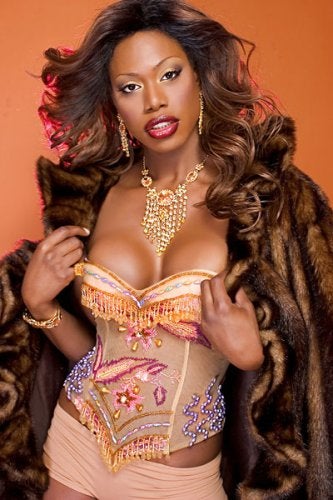 "Transform Me," from VH1 and Left/Right Inc., features the "ultra-glamorous makeover team" of Laverne Cox ("I Want to Work for Diddy"), left, Jamie Clayton and Nina Poon. The transgender female trio "travels across the country answering style-911 calls in their deluxe fashion ambulance, saving women from their clothing faux pas," the network says. In addition, "this series focuses on overall transformations, helping to improve each woman on the inside as well as the outside."

"Famous Crime Scene" takes the viewers to the scene of a famous murder or untimely death and explores the details behind the events that took place there. The first episodewill take an in-depth look at the murder of Tupac Shakur, with the other six episodes investigating the untimely deaths of Biggie Smalls, John Lennon, Anna Nicole Smith, Selena, Marvin Gaye and Michael Jackson. The half-hour series premieres on Friday, February 12, at 9 p.m.

VH1 says: "While news accounts tell only part of the story, VH1 has rounded up the witnesses and investigators who were there to give viewers the intimate details from the initial 911 call to the investigators’ final determination to help piece together what really happened. Using expert interviews and true-to-life reenactments, as well as advanced computer graphics, viewers will witness full recreations of these historic events. They’ll tour virtual crime scenes searching for clues and learn the science behind the investigators’ findings: ballistics, fingerprints, DNA evidence, toxicology, profiling and more."

Airing in five hourlong segments over five consecutive nights, "Undateable" is based on the upcoming book "Undateable: 311 Things Guys Do That Guarantee They Won’t Be Dating or Having Sex" by Ellen Rakieten and Anne Coyle. It begins its five-night run on Monday, April 19.

"Undateable" "will reveal the secret list that gives guys everything they need to know to get out of their own way when it comes to dating, sex, love and relationships transforming them from undateable to dateable." It purports to shows men "how to avoid wearing the wrong things, doing the wrong things and, of course, saying the wrong things that are all instant warning signs to women," VH1 said.

VH1 also has acquired the MTV Canada series "Peak Season: Vancouver" just as the world focuses its attention on the city that’s hosting the 2010 Winter Olympics. The half-hour docudrama series "takes an unfiltered look at the lives, loves and adventures of a tight-knit group of young adults in Vancouver/Whistler, B.C.," VH1 said. Its 10 episodes will air nightly beginning Sunday, February 14, at 11:30 p.m. (The Olympics run Feb. 12-28.)