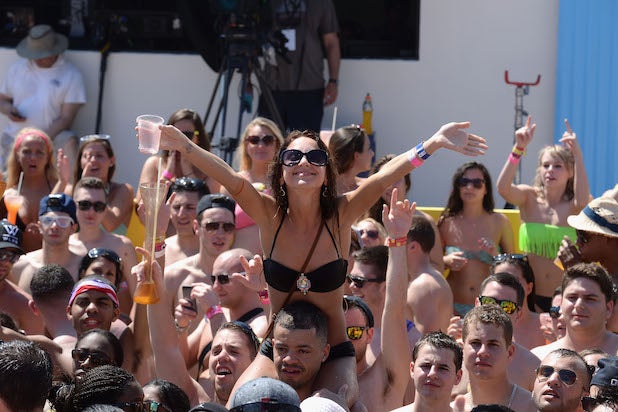 Get your Advil, coconut water and maybe condoms ready: “MTV Spring Break” is returning in March 2019.

The event, set for March 19-21, will head back to the Grand Oasis Hotel in Cancun, Mexico. It’s all part of the Viacom cable channel’s push into live events, which also saw MTV acquire the SnowGlobe Music Festival on Monday.

“MTV Spring Break” is also a nostalgia play targeting the all-important adults 18-49 demographic. This one follows an announced “reimagining” of the network’s “Real World” franchise. The new take on the show that ushered in reality television is heading to Facebook Watch and will premiere next year.

MTV is also rebooting “The Hills” and bringing back “Undressed.”

Next year’s “Spring Break” will again feature a “signature mix of high-energy performances, surprise celebrity guests, and thousands of young people from around the U.S.,” MTV said. Given the times and the passion of millennials, which are still MTV’s target market, this version will also include some activism.