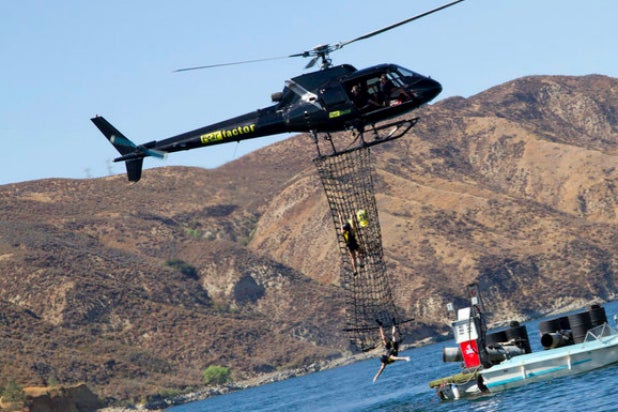 The internet went crazy Tuesday over Ludacris’ CGI abs — this morning, we’re hoping the rapper truly has a strong stomach.

That’s because MTV is bringing “Fear Factor” back to television, and the “Area Codes” emcee is set to host.

The “Fast & Furious” franchise star will also executive produce the project, which currently has a dozen one-hour episodes ordered. This “Fear Factor” will premiere Tuesday, May 30 at 10 p.m. on MTV.

“MTV is about celebrating youth culture, and with the reinvented ‘Fear Factor,’ we are putting the power in our audience’s hands to face and overcome their biggest fears,” said Chris McCarthy, president, MTV, VH1 and Logo. “We are thrilled to partner with Ludacris, one of the biggest global stars who has a rich history with MTV, to energize this franchise for a whole new generation.”

“I am excited to kick off my partnership with MTV, starting with the relaunch of ‘Fear Factor’ which will be even more insane and ludicrous than what you remember,” added Ludacris. “This will be the first of many great projects together!”