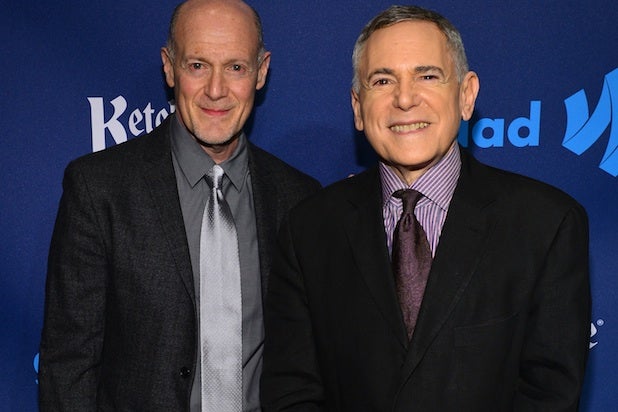 MTV has greenlit two comedies to series. “Happyland” and “Faking Out” have both received orders for eight episodes each, an MTV representative told TheWrap.

“Faking It” was written and executive-produced by Carter Covington (“10 Things I Hate About You,” “Hart of Dixie,” “Greek”), based on a story by Dana Min Goodman and Julia Wolov. The series features two best friends who really want to be popular in high school and do whatever it takes, including being something they’re not. The pilot starred Bailey Buntain, Gregg Sulkin, Katie Stevens, Michael Willett and Rita Volk.

These are the first two greenlights for MTV under president Susanne Daniels and head of scripted Mina Lefevre.

Also in consideration for a series pick up are pilots “Eye Candy,” which just cast Victoria Justice, and “Finding Carter.”

Produced by Blumhouse Productions, Catherine Hardwicke and Emmy Grinwis will executive produce “Eye Candy” alongside Jason Blum (“Paranormal Activity,” “Insidious,” “Sinister,” “The Purge”), Yvonne Bernard and Beth Elise Hawk. It follows Lindy (Justice) who joins with the online hackers to bring him and other deadly criminals to justice.

“Finding Carter” comes from Fox’s “Bones” story editor Emily Silver and Terri Minsky. The coming of age drama follows Carter who discovers the mom she always knew actually kidnapped her as a toddler. She then must move back to her real family complete with the awkward experiences that comes along with the huge life changes.