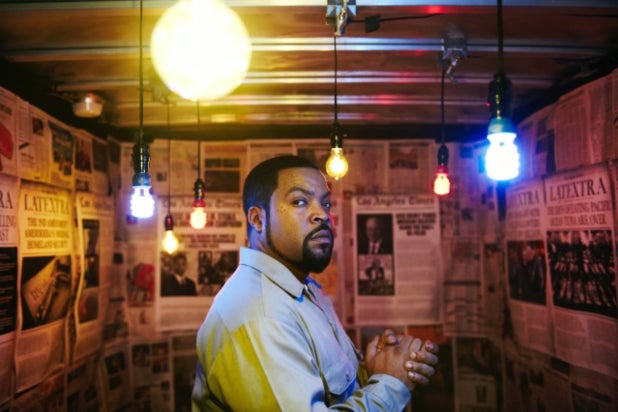 MTV Studios is reaching back into its past to bring back another fan favorite. This time in the form of stop-motion animation.

The Viacom-owned company announced Wednesday morning it’s working on a reboot of “Celebrity Deathmatch,” the animated series that pitted like-minded celebrities against each other in fights that very often ended in gruesome deaths for one, if not both, of the fighters.

The new version will star Ice Cube, who will also executive- produce alongside his partner Jeff Kwatinetz through his Cube Vision production company. Series creator Eric Fogel will return to executive- produce as well, with additional showrunners and talent to be named shortly. The new version will be available as a weekly series for an exclusive streaming or premium broadcast partner in 2019, with MTV adding the franchise reboot will include consumer products, gaming and theatrical.

“We’re excited to grow our partnership with Ice Cube and Cube Vision to reimagine this fan favorite,” said Chris McCarthy, president of MTV, VH1 and CMT. “‘Deathmatch’ was the meme before memes, remains a hot topic on social media and will be a smart, funny way to tackle the over-the-top rhetoric of today’s pop culture where it belongs – in the wrestling ring.”

Launched in June, MTV Studios is the production arm that the Viacom-owned network is using to sell rebooted versions of old series like “Daria,” “Real World” and “Undressed” to other networks and streaming platforms. “Celebrity Deathmatch” ran from 1998 to 2002 and was briefly revived on MTV2 for two seasons in 2006 and 2007. MTV worked on a new version for MTV2 with Fogel a few years ago, but it never went past the pilot stage.

Ice Cube “appeared” on the show during its original run — at least, a stop-motion animated version of him — fighting rapper-turned-actor Ice T, which featured the two fighting on a frozen ring (Get it? Because they’re both named “Ice”), and Ice Cube being turned into an actual cube of ice.