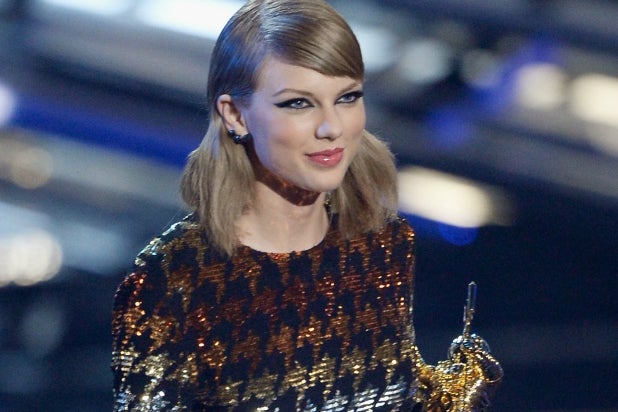 onstage during the 2015 MTV Video Music Awards at Microsoft Theater on August 30, 2015 in Los Angeles, California.

The curtain has closed on the bizarre 2015 MTV Video Music Awards, which will surely be remembered for anything other than the actual winners. But we still had those, and this post is the destination for anyone may have missed Sunday’s results.

Surprise, surprise: Taylor Swift was the big winner of the night. Her “Bad Blood” took home the trophy in the coveted Video of the Year category. In addition, her “Blank Space” won Best Pop Video and Best Female Video.

The first televised award handed out, for Best Male Video, went to Mark Ronson and Bruno Mars for “Uptown Funk.”

Here are the winners and nominees:

BEST ROCK VIDEO
Hozier – “Take Me To Church”
Fall Out Boy – “Uma Thurman” *WINNER
Florence + the Machine – “Ship To Wreck”
Walk the Moon – “Shut Up and Dance”
Arctic Monkeys – “Why’d You Only Call Me When You’re High?”