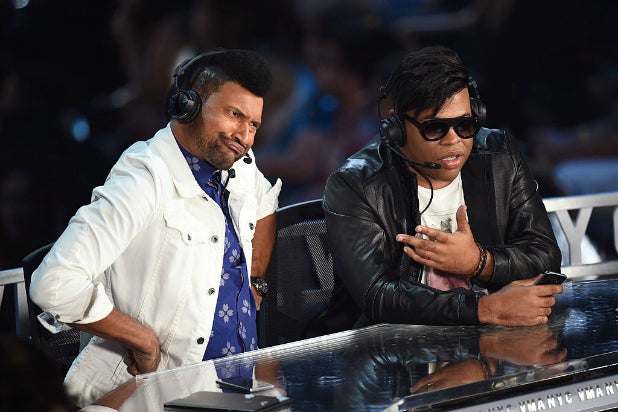 The 2016 MTV VMAs are in the books, and all the Moonmen are returning home to meet their new mantles.

Anyone with a basic cable connection saw the performances and trophy presentations, but that doesn’t mean viewers caught all the goings-on. Fortunately for readers, TheWrap was there — Section 105, Row 19, Seat 19, to be exact.

So sop it up superfans: Below are 7 things from Sunday’s Video Music Awards that you didn’t see on TV.

Last Call, Sort Of
The Madison Square Garden bars and concession stands opened at 7 p.m. — along with the doors — but closed promptly at 8:30 p.m. to encourage butts in seats for start time. Don’t worry, drunkards and hot dog lovers — they all opened back up at the first TV commercial, repeating the pattern throughout the evening.

Sketch Comics (Without Shows) Entertain
VMA commentators Key & Peele provided some humorous play-by-play for the MSG crowd during the commercial break, and recent “SNL” castoff Jay Pharoah tried his best to keep up with Jay Z and Kanye impressions.

The only problem was that his moments were hard to hear, and Kanye out-Kayne-d anyone who would want to mock up. Meanwhile, MTV’s Nicole Byer did her endearing thing from backstage, though mostly we were all at the bar or bathroom during those.

Standing Room Only
If you wanted to catch Beyonce’s super-long performance or Britney’s noticeably short one, you’d better have been on your feet. For those two, everyone was standing. And why not? The rest of the night was quite forgettable, and it was someone other than Rihanna again. Beyoncé earned her trophies as usual tonight — Britney, well, she showed up.

Smokers Are Messy
Apparently some group named The Chainsmokers have the No. 1 single in the country — or so this writer is told. While they didn’t make a huge splash on the VMAs stage, they surely made a huge mess.

The band had confetti cannons going off during the performance, which was kinda cool at the time, but left the floor littered with … litter. With so many pencil-sharp high heels walking around, the maintenance crew did their best to clear a path. Pushbrooms never moved so fast, but hey, you can’t be the one who lets Beyoncé roll an ankle.

Everybody Out!
Madison Square Garden cleared out after Queen Bey grabbed yet another Moonman for Video of the Year. As a reminder, that was NOT the very end of the show.

To be fair, folks had trains to catch, and we’d all seen enough Rihanna by then. That’s not a shot at Rihanna, but no one needs that many slots — not even the man for whom the Michael Jackson Video Vanguard Award is actually named for. (OK, maybe him.)

That’s all from NYC’s MSG, the MTV VMAs and whatever other appropriate acronyms others can attribute to the evening. Wake this writer up when his train reaches Metropark.