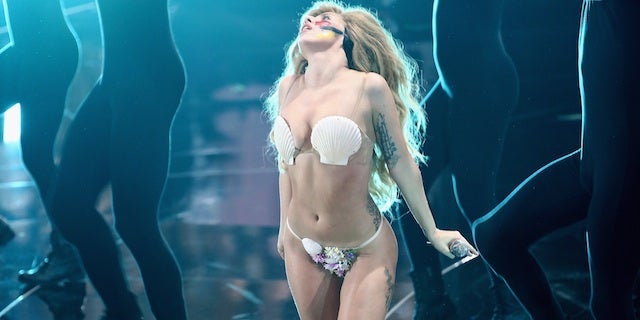 Lady Gaga opened the 2013 Video Music Awards with a the first live television performance of her new single, "Applause."

The performance involved several looks, which seemed to give us a quick tour of her career. Too soon for a career retrospective? That's up for debate. She gave us Cubist Gaga, Jazz Gaga and Almost Naked Gaga.

At the beginning of the performance, we heard a loud and prolonged booing. It was hard to tell if that was part of Gaga's act or actually coming from the audience at Brooklyn's Barclay Center. You tell us.

Watch the performance below: