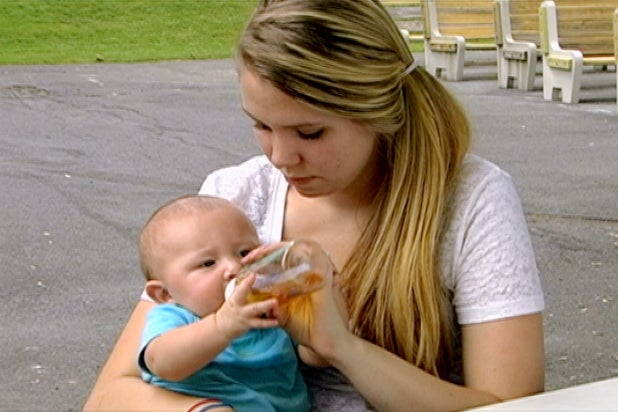 A new study by the National Bureau of Economic Research suggests that the MTV show “16 and Pregnant” and its “Teen Mom” spinoffs led to a decline in the birthrate among U.S. teenagers in the 18 months after their premiere in June 2009.

“Our most important finding is that the introduction of ’16 and Pregnant’ along with its partner shows, ‘Teen Mom’ and ‘Teen Mom 2,’ led teens to noticeably reduce the rate at which they give birth,” the NBER report reads.

The study, which explored how specific images of teen pregnancy and the struggles of teen parenthood influenced teens’ interest in the use of contraceptives or abortion, found that “16 and Pregnant” led to a 5.7 percent reduction in teen births between June 2009 and the end of 2010. The reduction accounts for one-third of the total drop in the teen birth rate over that time period.

NBER examined data from Nielsen ratings as well as Google Trends and Twitter to document changes in viewing and searches for pregnancy alternatives. Researchers found that the MTV teen pregnancy shows led to increases in searches for birth control methods and abortion.

Also read: MTV’s New Scripted Comedy ‘Faking It’ Turns Tables on What It’s Like to Be Gay in High School

However, the study is careful to note that the overall teen abortion rate decreased during that 18-month time frame, meaning the actual rate of teenagers becoming pregnant — rather than becoming pregnant and choosing to end their pregnancy — declined.

“Data limitations preclude us from conducting separate analyses of pregnancies and abortions, but we note that teen abortion rates also fell over this period,” the study reads.

“This suggests that the shows’ impact is attributable to a reduction in pregnancy rather than greater use of abortion.”

MTV President Steven Friedman credited guidance from the National Campaign to Prevent Teen and Unplanned Pregnancy for help with the effective tone of the show.

“When we developed ’16 and Pregnant,’ teen birth rates were reported to be on the rise, so we created this series as a cautionary tale on the hard realities of teen pregnancy,” Friedman said in a statement.

“We’ve always believed that storytelling can be a powerful catalyst for change, and are incredibly heartened by this news.”

Sarah Brown, CEO of the National Campaign to Prevent Teen and Unplanned Pregnancy, added,
“MTV and other media outlets have undoubtedly increased attention to the risks and reality of teen pregnancy and parenthood and, as this research shows, have likely played a role in the nation’s remarkable progress.”