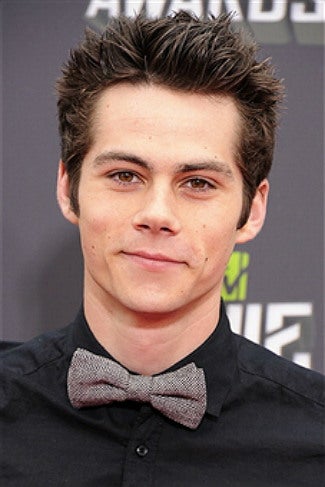 “Teen Wolf” star Dylan O’Brien must be howling with excitement, as he’s in negotiations for the lead role in DreamWorks’ found-footage film “Glimmer,” TheWrap has learned.

While there’s no deal in place yet, DreamWorks clearly likes its chances, as the studio just pushed back the start of production on to January in order to accommodate his busy schedule.

O’Brien has a bright future on the big screen. He’s currently filming the lead role in Fox’s adaptation of bestselling novel “The Maze Runner” before he reprises his role as Tyler Posey’s best pal Stiles on MTV’s “Teen Wolf,” which has earned him a pack of rabid fans.

Commercials veteran Ringan Ledwidge is directing “Glimmer” from Carter Blanchard’s script, which was voted to the Top 10 of the 2012 Black List. “Gossip Girl” creator Josh Schwartz handled the most recent rewrite.

“Shameless” star Jeremy Allen White is also in negotiations to star in the sci-fi movie, which Disney will distribute in U.S. theaters under its deal with DreamWorks.

The time-travel thriller follows a group of teenagers who take a camping trip to investigate a series of missing persons and wind up discovering a portal that takes them back in time and traps them in the 1970s. When one of them changes the past, the effects start to snowball with tragic consequences.

Mark Sourian is producing with Adam Kolbrenner of Madhouse Entertainment. DreamWorks acquired the script in a bidding war and has entrusted Jonathan Eirich to oversee the project on behalf of the studio.

“Glimmer” is one of two found-footage studio movies aimed at younger audiences that is currently pulling together its cast. While plot details are significantly different, Paramount and Platinum Dunes’ “Almanac” concerns the creation of a time machine. Rising actors Jonny Weston and Sofia Black-D’Elia are in negotiations to star in the film, which Dean Israelite will direct this summer in Atlanta.

Industry insiders familiar with “Glimmer” are predicting it could be a low-budget hit in the vein of Fox’s “Chronicle,” given that it’s being made under the watchful eye of DreamWorks chief Steven Spielberg.