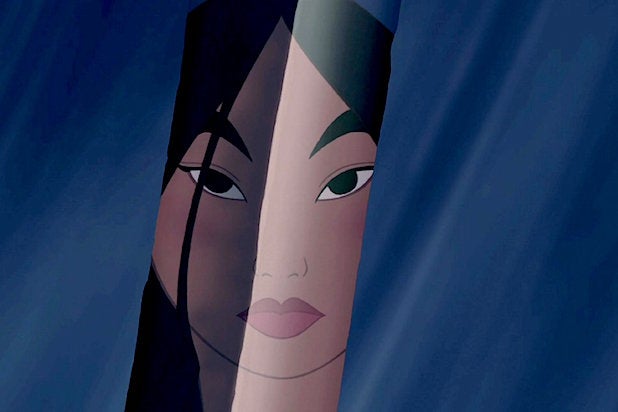 Disney earned praise from “Mulan” fans on Wednesday for casting Chinese star Liu Yifei as the titular woman warrior in Niki Caro’s upcoming remake, bringing an actress known throughout China into the spotlight in America.

The good news comes in the wake of films like “Ghost In The Shell” and “Death Note” having come under fire for casting white actors in roles that were originally written for Asians.

Last year, an anonymous letter posted to the website Angry Asian Man claimed that a spec script for the remake rewrote the story to feature a white European trader who falls in love with Mulan. The letter prompted an internet outcry urging Disney to not force white characters into the film.

An insider, however, told Vanity Fair that the spec script was only a “jumping-off point” and that “Mulan is and will always be the lead character in the story, and all primary roles, including the love interest, are Chinese.”

Disney has made good on that promise with Yifei, an actress who is a major star in China and has also starred in English films such as “The Forbidden Kingdom” and “Outcast.” And that’s not the only remake Disney is making that is taking steps to avoid whitewashing. The majority of the characters in Jon Favreau’s remake of “The Lion King” are being played by black actors, including Simba and all the members of his pride.

See some of the reactions to the “Mulan” announcement below.

@Disney y’all finally did some good with this casting ???? , now shang!… also the songs! #Mulan pic.twitter.com/KjxPYg9WFP

Disney did something right for once by hiring a Chinese actress to play Mulan pic.twitter.com/KTArKWAKKF

Oh my god im in actualtears. They did amazingly and casted someone Chinese. We have a Mulan. She’s here and she’s beautiful.

i am genuinely surprised they cast an actual chinese woman to play mulan. genuinely. that’s how abysmal this industry is for asian talent.

also, when can we have chinese american representation? Liu Yifei is amazing all around but she isn’t American, we still need a voice