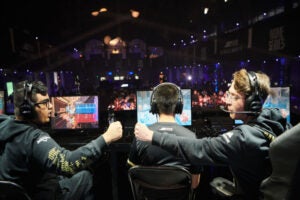 The pandemic pushed Disney to release its blockbuster remake fo $30 on Disney+, and how it will do is anyone’s guess

The same week that pandemic-stricken movie theaters are hoping Warner Bros.’ “Tenet” will bring them a lifeline, Disney is going an entirely different direction with its blockbuster ‘Mulan,’ kicking a new phase in Hollywood’s premium video on-demand experiment.

Disney will still release “Mulan” theatrically in more than a dozen countries that do not have the streaming service. This includes China, a country long considered essential to its box office performance, on Sept. 11. But whatever support comes from the foreign box office, the profitability of “Mulan” will be determined by a PVOD model that has yet to prove it can deliver revenue that tentpole mega-budget blockbusters get from theatrical release.

From Sept. 4 to Nov. 2, Disney+ subscribers will be able to see Niki Caro’s remake of the ’90s animated film by buying a “Premier Access” pass for $30, giving them access to the film for as long as they maintain their subscription. The price tag is a notable jump from those for other films forced by the pandemic to swap theatrical release for PVOD. Like “Trolls World Tour,” which started the exodus back in April and was available to rent for $19.99. Or Warner Bros.’ “Scoob!,” which cost the same price to rent but could be bought outright for $24.99.

Uncertainty about how successful Disney’s experiment will be is believed to be a major reason why Disney CEO Bob Chapek stressed to investors and movie theater owners that the “Mulan” move was a last resort and not part of long-term plans to abandon the theatrical model. Rival distributors who spoke to TheWrap on condition of anonymity think that will be the case.

“There’s just too many unknowns about PVOD when it comes to tentpoles,” said one distributor. “For a film with that kind of budget, you have to raise the price, and there’s no knowing how many subscribers would buy into that aside from families.”

Indeed, much of the success of PVOD during the pandemic has been attributed to families, for whom $30 to see “Mulan” would be a steal compared to the $60 that a family of four would have to pay for theater tickets in major cities. Families have pushed animated films like “Trolls World Tour” to the top of bestselling lists for sites like Google Play and FandangoNOW, and they have always been the core demographic for Disney’s business model at both the box office and beyond.

But Disney has not been able to release multiple billion-dollar-plus box office hits in each of the last five years through families alone. Single adults, particularly in the 18-35 demographic, have helped past remakes like “Beauty and the Beast” and “The Lion King” push well north of $1 billion worldwide. For this section of the audience, there’s the possibility that Disney may be pricing them out of their interest in the film; and they may choose to wait until December, when “Mulan” will be available on Disney+ without any extra charge.

Had “Mulan” come out in theaters, information demographic breakdowns and audience share for family moviegoers would be easily accessed along with the usual box office numbers. But in the age of the pandemic, tracking those numbers is proving difficult as studios and digital distributors have not disclosed the performance of their PVOD titles as has been industry standard for the box office. In the absence of first-hand information, third-party data organizations are devising ways to keep track of PVOD sales in much the same way that Nielsen has providing ratings for TV. But building that system will take time.

“There is a company called Antenna that has devised a system to track streaming consumption — maybe not PVOD consumption — to help paint a picture for how successful streaming series are,” Cinetic Media executive Ross Fremer said. “I expect the same thing to happen for PVOD to allow analysts to track the success of films that deploy this model, but first these companies are going to have to catch up with where the studios are going.”

For now, the expectation is that the popularity of PVOD among families and Disney among audiences, in general, will make “Mulan” a profitable film…just not as profitable as it would have been if it had been able to release in theaters back in March. But its performance, combined with the performance of “Tenet” in theaters this month, could go a long way in figuring out general moviegoer interest in both going to theaters during the pandemic and in buying new films at a premium price. And other Hollywood studios are watching.

“There’s not an apples to apples comparison between ‘Mulan,’ ‘Tenet’ and our films, but it is still something we’re watching closely,” said one studio exec. “I hope both do well. I don’t think PVOD success has to come at the expense of theatrical. Everyone is still trying to learn as we go and figure out this brave new world we’re living in, and we’ve been waiting for months for some films to finally step forward and be the guinea pig. Disney and Warner stepped up, and I’d much rather learn from their success than their failures.”