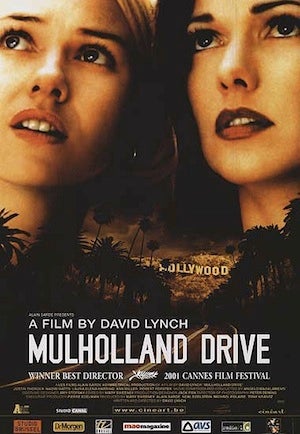 Leave it to L.A. film critics to name "Mulholland Drive" — the most quintessentially L.A. film of the last 10 years — as "film of the decade."

The Los Angeles Film Critics Association on Tuesday chose David Lynch’s noir masterpiece as top of the aughts, and makes no apologies about it:

"It likely comes as little surprise that Mulholland Dr. emerged the winner in the Los Angeles Film Critics Association’s inaugural survey of the decade in cinema. Call us provincial — David Lynch’s psychoerotic noir is one of the essential L.A. movies — but the more significant reason for the film’s enduring critical favor may be its deconstruction of the toxic allure of the Dream Factory."